"I was a good girl, very obedient and believing ... So why am I an atheist? The short answer is because I finally saw my religion for what it was: a confusing set of beliefs that made no sense once carefully considered. That said, I would not wish this experience on anyone. Sure, I consider myself more moral and caring than I ever was before, but I also lost all my friends and am still rebuilding the trust of my family and my husband’s family. In the end, it’s worth it to be a rational person, but I will always feel haunted by my past and have regrets." CM, "Why I Am an Atheist" series on Pharyngula.

Christians do a lot of talking about "love". They talk about loving God and loving one another. They talk about the love they believe their god is showing them when events in their lives go well. They claim, in fact, that their religion is based on love, and most sincere Christians truly believe that it is. Most Christians believe that they are living righteous, moral lives according to this belief in their theology of Christian Love and honestly see themselves as loving people.

Most Christians do not question these beliefs. They uncritically embrace the pleasing notion that they are the chosen, most righteous and worthiest people on the planet. They may condescend to feel pity for non-Christians who they believe have not been exposed to their "good news", but that pity quickly changes to outrage if the non-Christians hear their message and yet remain unconvinced that Christianity is "good news" after all.

The message in the Bible is crystal clear, but it is important in a country dominated by Bible-believers to really understand it.  It is not actually love, but obedience to authority that is the root of the Christian belief system - as indeed it is the root of nearly every authoritarian belief system ever created by mankind (and I use the word "mankind" here deliberately). In the very first book of the Bible, this fact is underlined in the story of Adam and Eve. It is their disobedience which results in their expulsion from Eden and the subsequent staining of all future humanity with original sin. Christians believe that all human beings are born sinners because of this Bible story of the original "sin" of disobedience.

The Bible stories are cited to give legitimacy to the church's demand for obedience by followers. Little children are taught the stories about the consequences of disobedience early and well. Conformity to the strictures of the group, never failing to express the approved opinions, and obedience to the rules laid down by the church authority and its deputies (male heads of families) are the requirements for continued acceptance in a church community. Above all, followers are commanded to "put God/Jesus first" in their lives and - since the "presence" of God/Jesus is indistinguishable from his absence - the church authorities step in to represent the authority of God/Jesus and to bask in the loyalty and obedience that is meant for the god(s).

One of the rules of Christian church groups is that those wishing to remain a part of the community must accept (and repeat) the false assertion that this demand for conformity and obedience to authority is actually an expression of love. Even as individuals are shamed, emotionally abused and threatened with expulsion from the group for disobedience, they must describe these actions of the church (and the alleged actions of its god) to discourage disobedience as signs of the loving guidance of the authority. Threats and abuse become confused with "love". Shaming and ostracism are held up as examples of guidance from a "loving" authority - an authority with the power to annihilate. This is Christian Love.

The impetus for obedience and conformity is, of course, not love but fear. Fear of social ostracism remains one of the most powerful motivators known to humanity. That is because for most of the history of humankind, individual survival depended upon belonging to a group.  Life was brutal and short for everybody, but groups fared better against threats to human survival than individuals did, and ostracism was usually quite literally a death sentence.  We have evolved to have a bone-deep, visceral fear of social ostracism. Religion uses that fear to its advantage, and religious authorities use the religion to further their own ends. 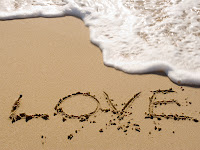 In today's western culture, there is a lot of talk about "unconditional love", too. We strive to show family members and close friends the unconditional love which is almost universally seen as the only true kind of love. If we truly love another human being, we love them for themselves- for their quirky personalities, their talents, their hopes, their dreams, their likes and dislikes - the whole package that makes that person the unique person s/he is. Unconditional love means that we may not always agree with our loved ones, but we love them anyway - warts and all. The essence of who that person is - the essence of that beloved person - does not disappear when they make a mistake or adopt opinions with which we do not agree. Disagreements between loving people may cause pain, but the underlying love for each other cannot be washed away by the wayward tides of changing opinions and interests in life. Most people feel that unconditional love is simply LOVE.

One of the most painfully difficult things about coming out as an atheist in a world ruled by authoritarian theism is coping with the reactions of family and friends. Contrary to the Christian self-image, most human relationships are not, in fact, permitted to be based upon LOVE. Unconditional LOVE is reserved for the god (God/Jesus) while mere humans receive Christian Love. Obedience and conformity are the fundamentals of Christian Love, not unconditional love of complex and beloved human beings. This becomes obvious the moment that an individual within a faith community hesitantly expresses doubts about the religious beliefs shared by the community. When LOVE and Christian Love collide, the result is usually an emotional minefield, and the casualties are those non-conformists whose families and friends have embraced Christian Love, as well as the Christian families and friends themselves.

It is the very nature of Bible-based religious indoctrination to pervert and overturn every normal, healthy human emotion and reaction. That includes love, even familial love. Emotional cruelty is seen as loving guidance, because the Bible tells Christians that all of the ferocious punishments meted out by God were because he "loves" his followers. God/Jesus is not loved less because of this cruelty - he/they are offered the unconditional LOVE. In return, God/Jesus gives its/their followers Christian Love: love that is conditional upon belief.  It doesn't matter how good a follower is, nor how much s/he has tried to live by the rules of the religion, love hi/r fellow humans and believe in the goodness of the deity; it does not matter how precious and unique a follower is, how gentle to animals, loving to other people, brave, funny and wise.  None of what makes an individual lovable matters to Christian Love, because it does not matter to the deity in the Bible. The only thing that matters is belief. If the follower cannot believe - even if s/he lives an entire life following the rules of the believers according to the Bible - s/he is consigned to an eternity of suffering in a lake of fire. All that s/he is, all that s/he has done, all that s/he tried to do (including, in many cases, praying fervently to believe) means nothing. Without belief s/he is nothing. That is Christian Love. 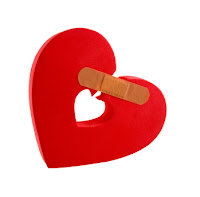 This dehumanization of love is a hallmark of religious belief worldwide, and particularly of Christianity. It harms believers and non-believers alike. Families are dragged through a living hell when their belief systems are out of sync, and some families can never recover. Families apply enormous pressure to the apostate family member in an effort to force him or her back into the religious fold. When that fails, they often reject the disbelieving one out of anger and often out of fear of ostracism in the community themselves. Luckily, most human beings have stronger - real - love for their family members than the religious indoctrination can overcome, and many families survive a crisis of faith. There is tremendous pain, there are often long exiles and separations, but ultimately most families' sincere LOVE for each other overcomes the fearful Christian Love, and they find their way back to each other.

Fundamentalism harms both believers and non-believers.  The damage caused by Christian Love may never completely heal. The apostate must recover from the rejection of family and friends - from the realization that s/he was not loved unconditionally - at least not until s/he broke the spell of belief - and that without belief in the god(s) s/he lost nearly everyone who had professed Christian Love. The damage caused to the family may never completely heal either. The family often cannot truly obey the dictates of the church by permanently ostracizing a loved one - god-belief rarely completely overpowers the essential humanity of human beings, in spite of the intense indoctrination and psychological weapons it employs - but their sense of "failure" and their reluctant recognition of the shallowness of Christian Love often results in a crisis of confidence and ongoing anxiety. The resulting fallout of lingering anger, pain and insecurity can last a lifetime and even go on into the next generation.

Posted by NiftyWriter at 8:08 PM