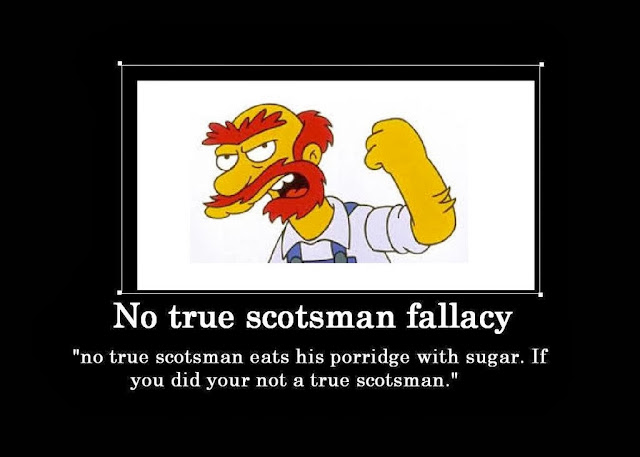 Every time there is a shocking event involving people from a readily-identifiable ethnic, ideological or religious group, a predictable verbal ping pong match often ensues among bystanders. Someone will point out that the perpetrator of some terrible act "x" appears to be a member of some stereotyped group N. Others generalize that of course group N is responsible for so much "x" in the world. Still others - usually members of group N themselves - jump in to defend with one or both of these common assertions:

1.  "Not all of group N are like the perpetrator and group N is not responsible for most of the "x" in the world!" (these assertions are usually presented along with anecdotes showing perpetrators from other groups committing act "x")

The second apologetic is known as the "no True Scotsman" fallacy.

For your Tuesday Tonic this week, here is a nice clear explanation of what the "No True Scotsman" fallacy is, how it is deployed and why it fails. Thanks to TheraminTrees for another excellent video!

This is the Allegro from C P Emanuel Bach's Cello Concerto in A Major, performed by the Norwegian Chamber Orchestra. The soloist is British cellist is Steven Isserlis.
Posted by NiftyWriter at 2:00 AM No comments:

Thorsday Tonic - We Are Part of the Universe! 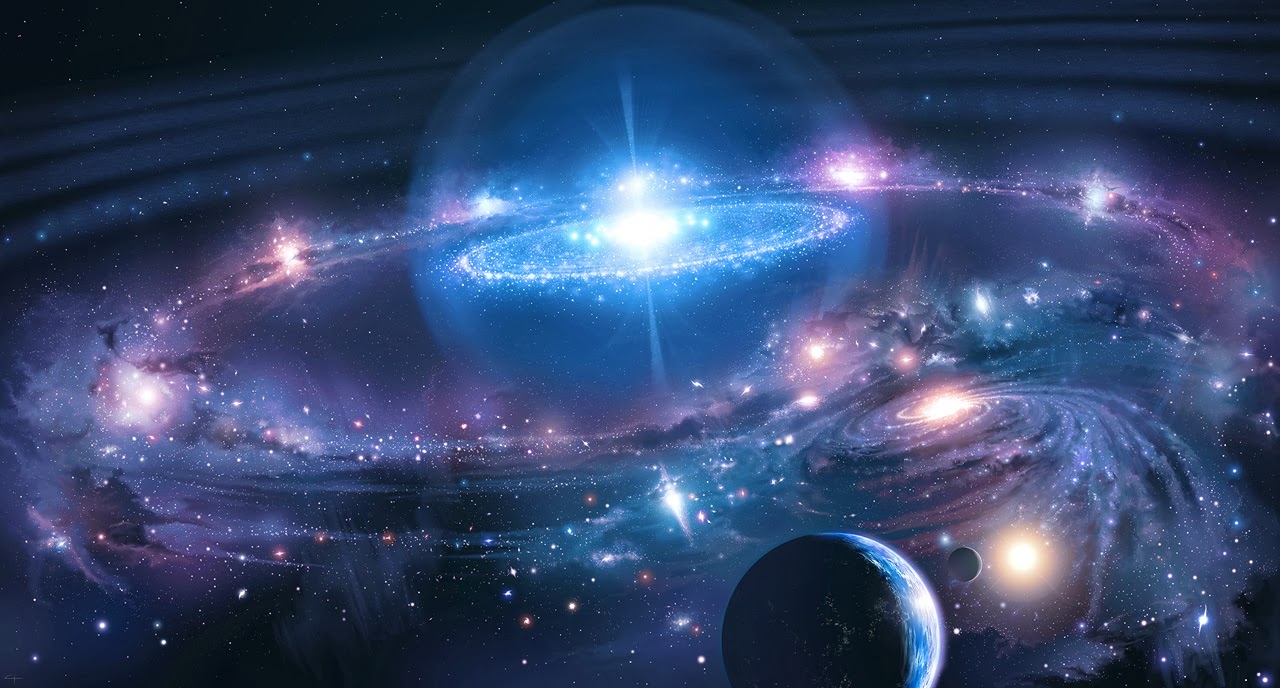 I've posted this before, and there is something about the long cold grip of winter that seems to call for it again.


Posted by NiftyWriter at 10:34 AM No comments: