Crime Scene! Temporarily Out of Service 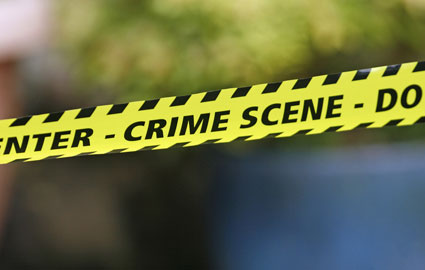 Well, that was an interesting morning.  And by "interesting", I mean surprising, unsettling and scary.

Our house was broken into last night.  We were all at home asleep and did not hear a thing. A burglar came into our house, into the kitchen, stole whatever gadgets s/he could carry (laptop, briefcases, phones on kitchen counter) and left, presumably, when s/he could not carry anything more.

The first we knew of it was when I came into the kitchen early this morning and discovered the back door wide open. My first thought was "oh no!  more mice and who knows what other critters in the house!" and I marched off to ask everyone WTF?  Who left the door open all night?

But no one had left the door open.  It was a slider with a sketchy lock mechanism which we usually reinforce with a cut off hockey stick in the track.  Because of the actual hockey game on TV last night, Mr. Nifty and I were later than normal going to bed and neither one of us noticed that the hockey stick wasn't in the track.  The thief or thieves only had to push up hard on that door handle to slip it off the catch.

They must have crept in, grabbed what they could in the kitchen and made a hasty getaway, leaving the door wide open.  The thought of a stranger - a thief no less - in the house while we slept is pretty unnerving.

Almost as soon as it dawned on us that we'd been robbed (the thief did not mess the kitchen up or apparently even leave that room, so the tidiness did not at first scream BREAK IN!), the phone rang. It was our neighbor who had found the briefcases along the creek bed during his morning walk.  Obviously, no computers or other equipment was left inside, but our neighbor had managed to gather up papers strewn about.

Anyway, interesting series of thoughts on this:

1.  Lingering astonishment that I did not hear someone in our kitchen in the middle of the night.

2.  Relief that what I have always told the kids has been proven true in this case:  I have always told them that most thieves are lazy criminals who just want an easy mark.  They are not looking to confront people in their houses, determined to rob them anyway. They are hoping for a quick, easy robbery - preferably with nobody at home - and then to get away without getting caught.

3.  Renewed conviction that owning or wielding a gun in this situation could only have made a bad situation worse. We were asleep but unharmed and a petty thief took some stuff.  Yes it is infuriating and yes it feels like a violation of our "castle", but it was just stuff and no one was hurt.  Even if the thieves had made off with every thing of value in the house, none of our crap is worth a human life.

Having said all of that, though, I am spitting mad and taking steps to prevent this from ever happening again.  A locksmith just left (I know that slider had no locks on it, but one of the briefcases had keys in it so locks changed - $433. Grrr),  and a security firm is coming by this afternoon to quote us on an alarm system.  We should have done this before, but frankly it is deucedly expensive and we were not sure it would be worth it to us (because a system was installed in a previous house we had bought and -  oops! - we never engaged the alarm system so it was wasted).  Guess it is time to accept reality.

That's it for now.  Posting will be light today.  I don't feel much like writing, what with police and locksmiths and everything.  Back to work tomorrow, though! 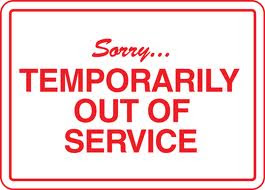 Posted by NiftyWriter at 1:52 PM

Email ThisBlogThis!Share to TwitterShare to FacebookShare to Pinterest
Labels: WTF?