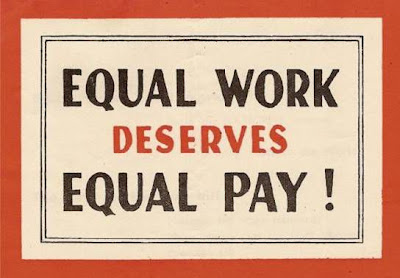 I am up to my neck in company and cooking this weekend -  yes, that's it!  That is a great excuse for not posting! - but I had to just slip this one in here.  Daniel Finke at Camels With Hammers on FTB posted about the latest shot across the bow of the ship of equal rights. That leaky old vessel is looking worse for wear lately.

This time, it is the Wisconsin legislature, headed by the deservedly embattled Scott Walker, which has rolled back the calendar on yet another milestone in the history of women's rights.  The Wisconsin house, voting along (Republican) party lines, voted to repeal the 2009 law which tried to address unfair, unequal pay practices in the state.  Huffpost article here. 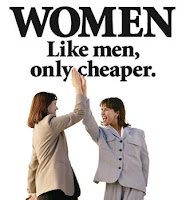 Looks like, with a possible recall looming over his head, Walker is determined to do as much damage as he possibly can to the state of Wisconsin before June.  Naturally, he also seems keen to polish his credentials with the GOP - perhaps he is planning on a federal run if the people of Wisconsin throw him out of the Governor's office - by firing off as many destructive missiles at women as he possibly can, too.

The Republican War on Women:  coming soon to a state near you.
Posted by NiftyWriter at 4:36 PM