I was recently thrilled to see a doctor stepping forward to call government intrusion into the private decisions of female citizens the outrage that it is. I think it bears reposting. Writing anonymously, the doctor made a case for principled medicine, and provided some tips on how doctors should practice civil disobedience in states where these ghastly laws are in effect. The essay was originally posted on the blog Whatever.  Also anonymously. I think that is disturbing.

When citizens feel they can only speak out "anonymously", the chilling irony should not be lost on us - it should be ringing alarm bells. Loudly. People who still believe in the principles of equality and freedom, even if they do not agree that it might be a good idea to consult experts before writing terrible laws, ought to be worried when free speech is suppressed. People who value a free society should be horrified that there are citizens among them who are too frightened to speak openly when they disagree with the government.

Some doctors are angry about being used by the government to intimidate a subset of its citizens. They are rightly aghast at being compelled to be the brutal enforcers of this Republican governmental violation of women's most basic human dignity - doctors being forced by law to commit state-mandated rape as a method of anti-abortion rights coercion - when there is no medical reason for compulsory testing of this kind prior to an abortion. Some have begun to realize that part of the anti-abortion strategy is to undermine both their authority as medical experts and their trusted position in society. But most of these doctors remain silent.  And the very few who do speak out, tend to do so anonymously. Why?

One reason is pressure from within the profession. Some doctors are perfectly happy to put religious ideology over the welfare of their female patients and may privately support laws forcing their peers to bow to church authority.  Many other doctors are understandably alarmed by the violent rhetoric and physical harassment directed at pro-choice doctors by anti-choice groups, so they pressure their peers not to offer the full range of women's health services, not to speak out about the immorality of withholding appropriate medical care, not to make waves which could endanger them all. The few doctors who dare to protest unconstitutional laws based on religious ideology are intimidated into anonymity by threats to their livelihoods and reputations and even threats to their physical safety. They are presented with an ethical catch-22 situation: they know that invasive procedures - including vaginal penetration with an ultrasound wand against a patient's will and for no legitimate medical reason - goes against everything most doctors say they believe about doing no harm to a patient, but those who try to apply those ethics to women patients are threatened with prosecution if they disobey these draconian anti-woman laws.

The intimidation of doctors is just the latest in a steady round of attacks on traditionally respected professions by an unholy alliance of religious and corporate elites and their political arm, the Republican party. Their long term strategy is to replace the current political system in the United States - democratic republicanism - with an authoritarian theocratic regime: a Bible-based government, led by godly men and answerable only to God (whose "commands" are, naturally, communicated only through those same godly men). That strategy has relied heavily on the tactic of stirring up fear, suspicion and resentment to undermine public confidence in an array of once-trusted professions while simultaneously planting and building churches around the country. The targeted groups have long been hated by religious hardliners and wealthy, powerful elites because of their relative inability to control the information coming from these sources. The goal is to replace the secular resources that serve society with church-controlled resources.

Republican strategists capitalized on the natural (but usually milder) anti-intellectualism that is common in a population that believes it can point to its own physical strength, raw ingenuity and dogged determination for the country's success as much as, if not more than, the work of highly educated, high-falutin' "experts". When tough economic times hit the middle class hard in the late 70's and again in the early 90's, those smoldering resentments were all too easily fanned into the raging flames of a culture war. Government agencies (It's not Uncle Sam, it's big brother!), scientists (godless evilutionists!), teachers (lazy, freeloading glorified babysitters!) and journalists (It's not the free press, it's the commie, liberal media!) were the first casualties of the manufactured "populist" rejection of formerly respected experts and secular representatives of peoples' interests. Political operatives worked hard to sow doubt, distrust and contempt for the essential human resources upon which a civil society relies and they have succeeded to an alarming degree. Where once a public servant's religious views were a non-issue, today virtually any candidate for public office in the USA must pass a religious test - specifically must display Christian bona fides - to have any hope of winning a nomination. 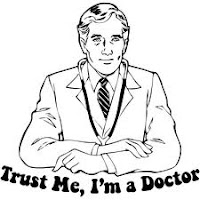 The attack on medical doctors - probably the most trusted profession in the modern era - is a part of this series of attacks on the secular foundations of American society. It is not accidental that doctors have joined scientists, teachers and journalists in the crosshairs of Republican operatives. Like scientists and journalists before them, doctors as a group were once able to work fairly independent of ideological influences. Individual doctors brought their own beliefs to their practices, of course, but the profession as a whole was not under pressure to conform to a particular politicized religious ideology.

This state of affairs could not be permitted by the Republicans or their powerful backers. Authoritarian political systems demand ideological purity and social conformity, so doctors - like journalists and scientists before them - posed a threat to the political ambitions of the Republican party, especially in terms of their strategy to use abortion as the rallying "cause" which could impassion voters enough to vote blindly against their own interests. If left unthreatened, doctors might challenge the lying propaganda that the anti-abortion movement was spreading and puncture the bubble of misguided passion the religious right had so carefully blown up. If permitted to retain their respected and trusted position in society, doctors might undermine the attempts of religious political operatives to replace trusted public resources with private Christian agendas.

Hence the push for legislation which targets doctors as well as women. When pressed to say what penalty abortion should bring to a "guilty party" should their dream of criminalizing abortion be realized, anti-abortion leaders usually shy away from suggesting a punishment for the women involved (probably sensing that it would be a loser at the polls), but nearly all declare that, as the "butchers" who "kill babies", doctors should be thrown into prison for murder. Sensing the target on their backs, doctors have fallen silent as wave after wave of unconstitutional and medically unsound legislation has been passed, heaping untold misery upon women.

Thus, the goals of the Republican party may soon be achieved. Doctors may be rightly disrespected for standing silently by as the medical ethics they claim to believe in are violated by these laws: as women are grossly mistreated, legal medical procedures are withheld - even in potentially life-threatening situations - and patients are harmed by bad medical practices. Furthermore, doctors may be rightly distrusted by women (and many men) for many of the same reasons, in addition to the betrayal of doctor-patient trust upon which competent health care must rest. 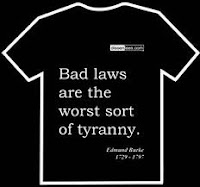 If principled doctors fail to act to stop this looming crisis of public confidence, the consequences for society extend far beyond the impact on doctors and women. The public confidence has been successfully undermined in the media, in teachers and in scientists with predictably terrible results. Religious conservatives may claim that their holy books can provide all of the answers to the needs of humankind, but even science's most vindictive critics turn to medical science for help when a health crisis occurs or - irony of ironies! when they need assisted reproduction using technology developed through evolutionary science - while they work tirelessly to deny that opportunity to others. Should they, and other hypocrites like them, succeed in convincing enough people that doctors, like teachers and scientists, are not respectable authorities who can be trusted, then to whom will the people be able to turn when they need real assistance?

Keeping a low profile and hoping that this madness is only a temporary cultural spasm fueled by a fringe group of religious fanatics will be a mistake. It did not work for scientists, teachers or journalists.  It did not work for the people who believed such radical theocrats could never seriously win elections and form governments. It has not been working - with frightening consequences - and the situation will only get worse as long as professionals shrink back fearfully from challenging the lies and disinformation that are being deliberately disseminated to undermine public confidence in them. I am encouraged by the letter I linked to at the top of this post, but it sure would be nice to see many more doctors stand up and say "Enough is enough!".

The manipulation of public trust in doctors, scientists, teachers, the media, and even their elected representatives is a dangerous power play by the conservative right wing. Destroying trust in the resources best-equipped to provide the public with the services it needs is a strategy which has had terrible consequences for millions of people, and ultimately could tear apart the very fabric of our civil society.  That is a game that should never have been played. 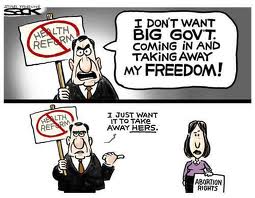