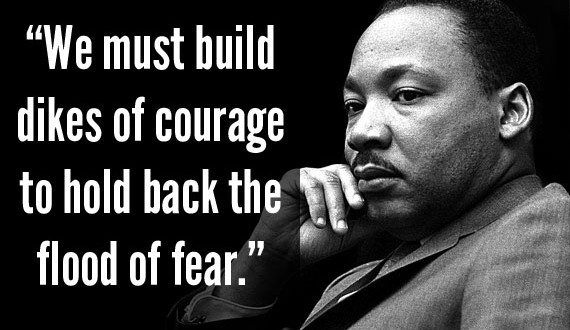 Today is the 50th anniversary of the assassination of Dr. Martin Luther King, Jr.  It is a fitting anniversary to cut through decades of whitewashing and remember the truth about how Dr. King was regarded in the civil rights era, the truth about the ferocious pushback from white supremacy through systemic racism in the intervening years and the truth that people of color, especially black people, remain as viciously oppressed today. 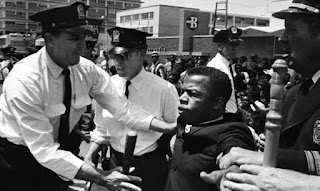 The struggle never ended, although Dr. King's brutal murder had a chilling effect on social progress. White America sanitized its antagonism towards Dr. King's message and whitewashed his legacy down to a non-threatening message of peaceful brotherhood which it could co-opt for its own. By doing so, systemic white supremacy nearly rendered impotent Dr. King's far greater and more meaningful effort to rally millions in a push for true social and political justice. 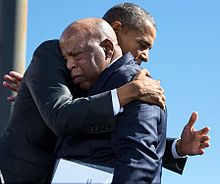 On this anniversary, I'd like to remember the entirety of Dr. King's legacy. The current crisis in the United States has finally reawakened millions of social justice warriors who are standing up, marching and joining hands with activists who never gave up the fight. Fear is understandable in the face of powerful oppressors, and yet we must do it anyway. Living in a society which oppresses so many of our neighbors and not standing up or speaking out is to be complicit with the oppression. Courage is rising, millions are recognising that, as Dr. King said, "Injustice anywhere is a threat to justice everywhere", and silence is not the answer.

Today is also the birthday of Maya Angelou, writer, poet and civil rights activist. Her words and her life are a guiding light to people everywhere who seek courage, wisdom and justice. For inspiration on this Wednesday in the midst of trying times, read one of Ms. Angelou's most famous poems.

You may write me down in history
With your bitter, twisted lies,
You may trod me in the very dirt
But still, like dust, I'll rise.

Does my sassiness upset you?
Why are you beset with gloom?
’Cause I walk like I've got oil wells
Pumping in my living room.

Did you want to see me broken?
Bowed head and lowered eyes?
Shoulders falling down like teardrops,
Weakened by my soulful cries?

Does my haughtiness offend you?
Don't you take it awful hard
’Cause I laugh like I've got gold mines
Diggin’ in my own backyard. 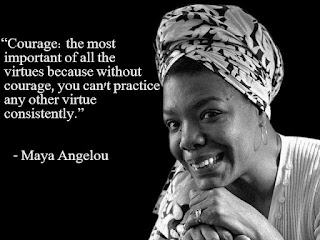 Does my sexiness upset you?
Does it come as a surprise
That I dance like I've got diamonds
At the meeting of my thighs?

Out of the huts of history’s shame
I rise
Up from a past that’s rooted in pain
I rise
I'm a black ocean, leaping and wide,
Welling and swelling I bear in the tide.

Leaving behind nights of terror and fear
I rise
Into a daybreak that’s wondrously clear
I rise
Bringing the gifts that my ancestors gave,
I am the dream and the hope of the slave.
I rise
I rise
I rise.

I leave you with another offering from Michael Franti & Spearhead, from the album Stay Human.


Skin On The Drum

I was born botanical
the soul of an animal
deep beneath the layers, I sink my roots
no need for mechanical
I come strictly organical
when I need to feast, I look to the East
that's why I'm never scared of the beast
even though they try to prey upon me
I'm protected by the one always greater than me
so now I reveal to thee
because you wanna see
the contour of my mystery
the strength of my arches
the colour of my conscience
and the way that I process my diction
some fact some fiction some mystery
some future fantasy
I'm the trunk that holds the branches
the leaves who do the dances
my flowers romantic
my love gigantic
from Africa, transplanted transatlantic
in the heat of the sun
I bring shade for everyone
like the beat on the one
I'm the skin on the drum
I keep on living with the fullness of the one
like the heat of the sun or the skin on the drum
I'm fully marinated and now I'm ready for the fire
so you can fire one
fire one
fire two
See I've been fully marinated
and now I'm ready for the fire
see I'm beginning to perspire
from deep within through the skin
yo, the feminine and the masculine
the pieces of the puzzle
see my reflections in the puddle
after the storm the purple of the sky
brings to mind another time
when we resided
below the water line
life was fine there human divine
but in the years following
evil men came swallowing
everything in sight
some learned to run, some stayed to fight
I kneeled at the tomb of the soldier
said I would love to behold her
the magic in store there
she touched me on the shoulder
she said, "in time all is revealed, box of light be unsealed
now listen to me son, be like the skin on the drum"
(chorus)
And as the pepper gas clears
and police and protesters go home
just as the morning dew are tear drops of the night
my emotions are always there for you
and will never leave you dry
bless 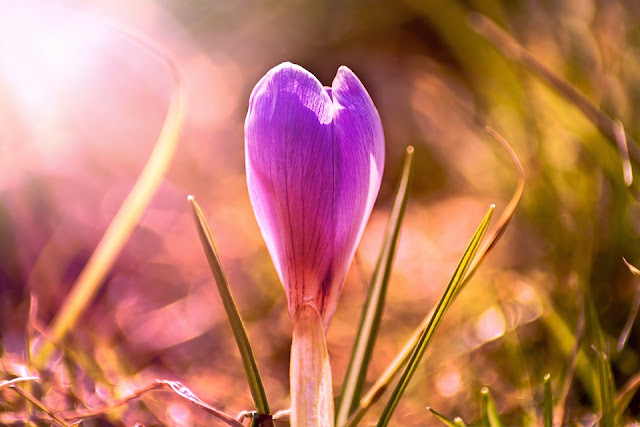 Good Morning, NiftyReaders and Happy Easter! May you be filled with the hope and joy of springtime, and feel the rejuvenating power of love.  If you've been running low on hope, joy and love, please take a few minutes to watch and listen to the music video below. I promise, it is worth it.


Love Will Find A Way

This is a song for all kinds of people
All of the cities and all of the streets yo
The synagogue and the mosque and the steeple
The bad, ugly, the good and the evil
Some shoot bullets and some shootin' needles
Some are trying to get by with illegals
Getting trapped behind the concrete walls
Some are trying just to get equal 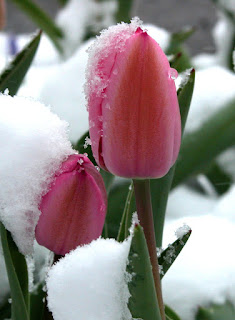 Posted by NiftyWriter at 5:00 AM No comments: