I'm With Her And We're Stronger Together! 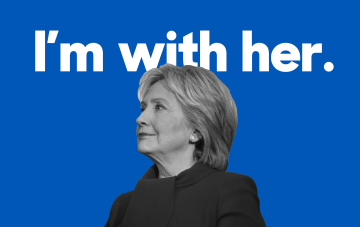 On Shakesville, Melissa McEwan now and then posts a photo of my idol, Hillary Rodham Clinton.  She made a joke about how often she posts these photos and several commenters echoed what I was thinking - she could post them every day and I might actually visit her blog even more often, not less often! Hillary is that much of a draw to me.

I was one of those housewives Hillary did not choose to be like back in the 1990's (though my kids can tell you I was stronger on "exploring" and crafts than I was on baking cookies),  and yet I could not understand the uproar over her remarks back then.  That was my first glimpse into the hatred that conservative women have for progressive women and it was probably my first inkling of just how deep and complicated the schisms in American society have become. This will be one of many posts on this topic.

What Hillary was pointing to was the truth...

What Hillary was pointing to was the truth: in spite of the lie that we can "have it all", women can't be everything they would like to be - at least not at the same time - not really.  We can be full-time homemakers, but then we will not be respected as persons who have something to say outside of domestic issues.  We can be full-time employed workers (and obviously full-time moms still), but then we are vilified by the stay-at-home contingent as 'bad mothers'. Many of us can and must be something in between- struggling to be both full-time moms and part-time workers - and discovering the awful truth that we are not allowed to feel good about either of them. Hillary wanted to make a difference in this country, but she knew that in order to do that she would not be able to stay at home full-time, even if she had wanted to do so.

Many of us can and must be something in between- struggling to be both full-time moms and part-time workers - and discovering the awful truth that we are not allowed to feel good about either of them.

I found Hillary refreshingly honest, admirably capable and formidably intelligent.  I knew what she was saying - women just don't get to do both of those things in our culture, not really, and she was speaking to that - I found her impressive and likable.  I heard in her remarks the painful conundrum that is a woman's experience in public life - no matter what she did, she was going to be wrong and ridiculed for even trying. And yet, she did keep working. She did continue to work and she did continue to put herself out there in public life. She has never stopped trying to make a difference for women in the world, and she has succeeded. 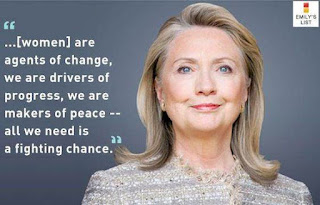 Here is a short clip from the Women in the World summit held in March 2012 at the Lincoln Center. Hillary urges women to be "fearless"in fighting for equality, justice and civil rights for women.  Coming from someone who has had to be fearless in the face of unremitting attacks in the public sphere,  her words have particular power.

We are entering what is likely to be one of the ugliest and most exhausting presidential campaigns in American history.  I will have Hillary Clinton's back. More importantly, millions of men and women all across this country will have her back, too. They get it - we are stronger together.

Let's do this, America!

Posted by NiftyWriter at 3:11 PM No comments: 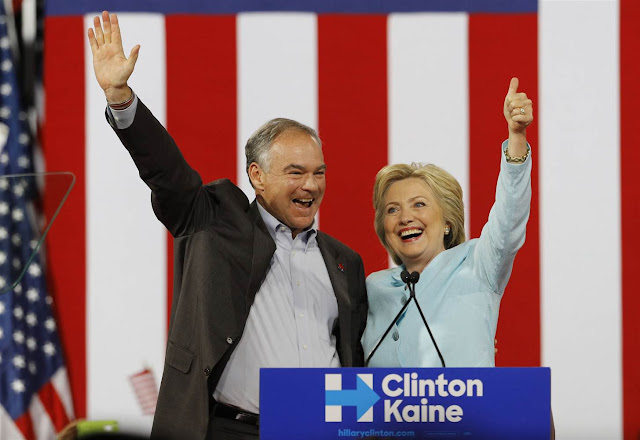 Posted by NiftyWriter at 10:12 PM No comments: