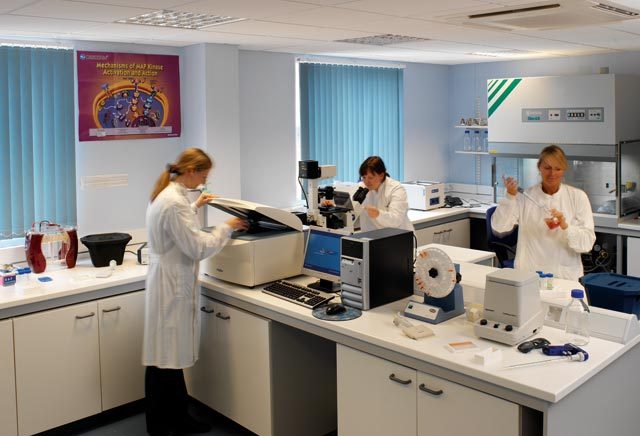 Exciting news in the world of cancer research!

On April 10, the Ottawa Citizen reported that researchers at McGill University in Montreal are developing a blood test for breast cancer that may soon render mammograms obsolete.

"Scientists have worked for years on such blood tests without much success. But the McGill team — including scientists specializing in nanotechnology, chemistry and oncology — have made improvements to the existing technology while discovering a biomarker "signature" for a common subtype of breast cancer — that which is estrogen receptor-positive." 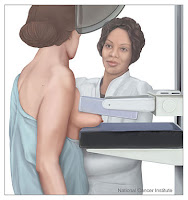 The preliminary testing showed great promise, but the early trial group was very small. Further research and larger studies need to be conducted - and soon - to determine if this test is as good as researchers hope it is. Luckily, Canadian researchers are working in an atmosphere conducive to looking for ways to do better than the current expensive technology.

Currently, mammogram technology is the only imperfect diagnostic tool that women and their doctors have to work with in the effort to detect breast cancer early. Mammography is painful, often inaccurate, and results in far too many false positives - which then result in too many harmful interventions - and, even worse, too many false negatives.

It will be a great day for women when a simple blood test can definitely provide early diagnosis.

Encouragingly, even in the USA, where mammography is big business, research is ongoing to provide better ways to fight breast cancer. At the University of Pennsylvania, there have been promising results in a breast cancer vaccine trial.

On April 8, the UK newspaper, The Telegraph, reported even more exciting news in the general field of cancer research. This story is about what could potentially become the groundwork for an eventual cure for many types of cancer. Scientists have identified a molecule - called MUC1 - which is found on the surface of cancer cells and researchers at Tel Aviv University, backed by Vaxil Biotherapeutics have developed a prototype "vaccine" which uses a small part of the MUC1 molecule to excite a patient's immune system, in much the same way that vaccines for other illnesses (like measles or polio) do.

"The therapy, which targets a molecule found in 90 per cent of all cancers, could provide a universal injection that allows patients' immune systems to fight off common cancers including breast and prostate cancer."

The science information manager at Cancer Research UK, Dr Kat Arney, cautions: "These are very early results that are yet to be fully published, so there's a lot more work to be done to prove that this particular vaccine is safe and effective in cancer patients.", but she added that research into the MUC1 molecule is ongoing in several places around the world because it has shown such promise. Currently, trials will be done using the "vaccine" as a treatment for patients already battling cancer, rather than as a traditional vaccine to prevent cancer.

All that, just this week in cancer research!

Post Script: Sadly, within a few short years,  we won't be seeing research of this calibre coming out of Tennessee, Oklahoma, Indiana, Kansas, Louisiana, Alabama, Texas or any of the other states currently considering legislation to allow the teaching of religious creationism in science classes and/or undermining evolutionary theory.  All of these promising treatments, like most modern medical treatments, are derived from our understanding of evolutionary biology.

If the religious right succeeds in undermining education in this country to the degree that they have declared they hope to, then all future world-changing scientific research will occur in other countries going forward.  I guess the Republican party is A-OK with forcing the USA to stand on the sidelines gaping in ignorance as the rest of the world advances far ahead of us in every important aspect of human scientific, medical and technological endeavor. Good work, Republicans.