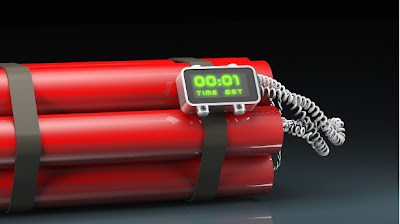 Another Planned Parenthood clinic - this time in Wisconsin - was bombed last night in the continued campaign to deny reproductive rights to women through domestic terrorism.  And once again, the incident will probably* be blamed on a lone, crazy person as though actions like this occur in a vacuum and people who commit these acts are never influenced or affected by violent rhetoric or extreme ideology.

Perhaps it is a coincidence that the bombing came just two days before the Wisconsin primary.  Of course, it must be yet another "meaningless" coincidence that Rick Santorum's recent ad campaign in Wisconsin mentions $50 abortions. No doubt, there are no subliminal dog whistles in the infamous horror ad that Santorum's campaign has been airing. The smirking, pouty scarlet female mouth shushing the viewer is probably just a little creative license, not at all intended to stir up resentful, misogynistic feelings in target viewers. 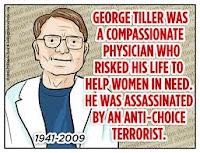 Sure, anyone who sees a pattern in the domestic terrorism that is being employed by the anti-choice brigade must be a little paranoid, a little crazy. Left-wing conspiracy nuts, we must be!

State Rep. Michelle Litjens (R), who represents Grand Chute in the state legislature, is a member of Wisconsin Right To Life and a strong critic of Planned Parenthood. She cautioned against associating the bombing with her fellow anti-abortion advocates and complained that the bomber, whatever his or her motivation, may tar the opposition to Planned Parenthood with the crime.
“I don’t believe this is politically motivated, I think this is some crazy person doing something really stupid,” she said. “Bombing a Planned Parenthood is doing nothing about the abortion issue other than calling it to the center of attention and making people who oppose abortion look like they’re out to do something bad.”  (link)

Posted by NiftyWriter at 3:41 PM