Then and Now - Woman Hanged for Being A Slut


One month ago, on Thursday, March 29 in St. John's NL, a mock re-trial of the infamous 1834 case of Catherine Snow was held.  Mrs. Snow was the last woman to be executed in Newfoundland.  She was tried and convicted of the murder of her husband. Two men who worked for the husband were also tried and convicted of the murder. One of them was Catherine Snow's cousin and alleged lover, the other an indentured servant.  The husband, John Snow, had disappeared in August 1833 and no trace of him was ever found. Catherine Snow protested her innocence of the crime right up until the moment of her execution.

After the recent mock retrial, several journalists reported with satisfaction that the modern "jury" of some 400+ citizens (both male and female in our "enlightened" age) had voted to overturn the conviction of Catherine Snow, and all hands appeared to be pleased that justice had finally been served. I am afraid I am of a far less agreeable temperament, however. I am too inconveniently inclined to look not just at the general outcome of a vote, but at the details and what they might say about how people think. Which is why I have written about this today.

The case was notorious because Catherine Snow was widely believed to have been innocent of the murder of her husband, yet was convicted of the crime by an all-male jury reacting mainly to the accusation that she was an adulteress. There was no physical evidence at all connecting Catherine Snow to the crime.  Even for that time, such a deficiency of evidence would have ordinarily caused sufficient doubt about a person's guilt to prevent a murder conviction - and perhaps even prevent a wrongful arrest in the first place - especially when there were two people already convicted who had confessed to the crime.

But Catherine Snow's case was special, you see.  She was a woman, and a wife. As a wife, she was the property of her husband, John Snow, in accordance with English common law in the 1830's. Because she was little more than a piece of chattel, a woman's human rights were almost non-existent. Unlike a male prisoner, Catherine Snow was not considered a person of equal worth to a man,  so the care that might normally have been given to ensure that justice was served in a capital crime trial appears to have been considered unnecessary.

Moreover, as a woman who may have been unfaithful to her owner/husband, she was a "wretched woman" and a "sinner" of a most particular kind, who deserved to be punished.  Gossip and rumor from John Snow's home-townspeople was enough to tarnish Catherine's Snow's reputation which, in turn, was enough to prejudice a judge and jury to convict her without evidence - and apparently without hesitation - even when the penalty for the conviction was death.

Likewise, the indentured servant, Arthur Spring, was John Snow's property. In those harsh times, it was difficult to survive indentured servitude - what with beatings, overwork and the habitual refusal of owners to honor the terms of 'contracts', only about 40% of indentured servants survived to avail of their eventual emancipation - but should a servant dare to challenge a master's authority, the full weight of the law and the citizenry would come down to crush him or her.  Just like runaway slaves in the USA during that era, indentured servants were hunted down if they ran away from an abusive master, and the law would punish anyone who tried to help them:

"Deserted, from the service of the Subscriber, on Monday last, JOSEPH DELANEY, an indented apprentice, about 5 feet 3 inches in height; had on a Moleskin Jacket and Blue Trousers. Whoever harbours or employs the said apprentice, after this public notice, shall be prosecuted with the utmost rigor of the law. JOHN BERRIGAN, Tailor, St. John's, June 6, 1833." (item in local newspaper)

According to testimony, John Snow was a moody, difficult, possibly violent man.  He is believed to have beaten his wife and mistreated his servants. None of this was considered relevant in the murder trial, perhaps rightly so, but it begs the question of why other irrelevant testimony was allowed by the judge and taken into consideration by the jury. For example, there was no evidence connecting Catherine Snow to the crime of the alleged murder and disappearance of her husband, but the court heard repeated references to her alleged infidelity and to the reports that Catherine was believed to have fought back against John Snow's beatings by throwing things at him. 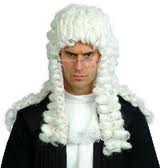 Most of the 1834 jury - male citizens all - would also have been the owners of wives and indentured servants.  Just the idea that a wife and a servant might have had the audacity to plot with the wife's alleged lover to murder their owner no doubt chilled the blood in the jurors' veins.  A woman trying to take her fate into her own hands - defying her husband, fighting back against his "discipline", taking a lover - seems to have been so upsetting to these men that they convicted Catherine Snow of the murder of her husband out of fear that she might embolden other women (like their wives) and as a punishment for her rebellion against her lot in life.  In spite of confessions from the actual killers - including outright testimony from one of the killers that Catherine Snow had known nothing of the plot (even though he had nothing to gain by exonerating her) - and in spite of the fact that there was absolutely no evidence to support the charges, the jury, knowing very well that she would be sentenced to death, took less than half an hour to convict her.

They convicted her, basically, because they saw her as a rebellious slut. They convicted her because they wanted to make an example of her.  The male citizens of the colony wanted to send a clear message to women: never forget that a woman whose reputation had been ruined - whether by her own actions or by the malicious gossip of others does not matter - would be stripped of any defense for any crime,  She would be judged on her perceived character, not on whether or not there was any evidence that she is guilty of a crime. Shorter version: sluts would be shown no mercy.

At the retrial last month, it was established that the facts of the case are clear. There was a total absence of incriminating evidence against Catherine Snow in 1834 and this fact remains undisputed today. No new evidence which might have pointed unambiguously to her guilt was ever brought forward. The woman was wrongfully executed and the modern "trial" was meant to demonstrate how modern social mores - and stricter legal protections that "guarantee" that convictions will be based upon evidence - are superior to those of a bygone era.

And then they held the vote.

A majority (approximately 250) of the modern "jurors" voted to acquit Catherine Snow, which led to the jubilant reports about the exoneration for Catherine Snow, the wonders of modern justice and the superiority of modern egalitarian sensibilities. Not widely reported, however, was that nearly 200 of the assembled "jurors" withheld their "aye" for acquittal, declaring that there was not enough evidence to acquit.

You've read that correctly: nearly half of a crowd of modern men and women, living in a society which claims to go by the principles of innocent until proven guilty and convictions based upon evidence, would not acquit a defendant of a crime for which there was no evidence against her and, furthermore, made the astonishing assertion that in order to acquit, they would require evidence of innocence.  Apparently, unless Catherine Snow could prove that she did not murder her husband (your honor, here is a gun without my fingerprints on it - and here is another gun without my fingerprints on it - and another...) - obviously a nearly impossible task since there was no physical evidence in the case - these jurors refused to acquit, leaving the ghost of Catherine Snow still languishing in jail, I guess. They were not going to acquit her because there was no evidence not connecting her to the crime. WTF?

Also, four modern "jurors" voted "guilty". Apparently, they had just arrived from 1834 via some sort of time machine.

The self-congratulatory reporting on CBC and in the local newspaper, TheTelegram, focused only on the majority opinion. The full vote was glossed over and even the verdict - acquittal - was incorrectly reported with misleading headlines like "Retrial Finds Last Hanged Woman Not Guilty". The story was spun as an example of modern fairness and equal treatment of both genders before the law. Aren't we just the best society now?

I guess I am just curmudgeonly. Being far less inclined to uncritically accept the rosiest interpretation of this event, I insist on focusing on the large minority who did not vote for acquittal - and the fraction who, incredibly, still voted "guilty". What does it say about modern society when a case this clearcut can still only produce a split decision, rather than the unanimous acquittal that the facts of the case demand (after failing to result in the resounding dismissal it ought to have received instead of ever having gone to trial at all).  Spectators remarks - and particularly some misogynistic comments below the news articles - reveal that slut-blaming and slut-punishing are alive and well.

We talk of how things have gotten so much better for women.  In some ways, things have gotten better. Since about midway through the 20th century, in some western countries at least, women have finally ceased to be the legal property of men for the first time in history. Stories like this, however, reveal just how deeply cultural misogyny is ingrained. If Catherine Snow was really on trial today, I am uncomfortable with her odds. We've still got a long way to go.

Posted by NiftyWriter at 7:05 PM