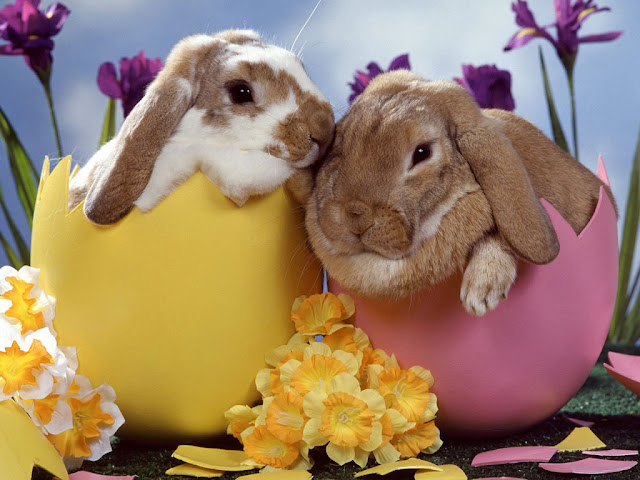 Even when I was a practicing Catholic, I never quite wanted to "celebrate" the Christian remake of Easter. I was happy to celebrate spring, rebirth, flowers blooming, days getting longer, the Easter bunny and coloring eggs to symbolize fertility and new life - in short, all the aspects of the ancient festival of Eastre that most people enjoy celebrating at this time of the year. But the human sacrifice myth that Christianity grafted on to Easter has always repulsed me.

I think one of the most puzzling and disturbing things about theism is that belief seems to alter the human mind so that otherwise rational, good and decent people are able to accept a doctrine of "salvation through human sacrifice" without apparent discomfort.  In fact, Christians not only embrace this doctrine as the truth, but they consider it to be a beautiful proof of the love of the Biblical god.  Without any apparent irony, most Christians regard the story of the torture and execution of the son-god, Jesus, as the very zenith of joyful good news.

In any other context, human beings who think bloody human sacrifice is acceptable, let alone good, would be considered sociopathic. An entire culture of them would be considered monstrous. Yet, human sacrifice to gods - bloodshed for religion - is accepted as a normal part of human culture even to this day in some parts of the world. Only in a religious context is such depravity considered not only acceptable but laudatory.

The concept of redemptive blood sacrifice disturbs me on many levels.  It disturbs me that people are told that humanity is in need of redemption - that we are sinful, "filthy rags" condemned by our very nature to an eternity of torture in hell unless we seek "salvation"from a deity - when it is the deity which they also believe created our human nature in the first place. More important is the chilling reality that people accept this vile, self-loathing doctrine. I wonder at the twisted psychology of a faith that teaches little children that they are sinful, hell-bound creatures, and then goes on to tell them that their only path to salvation must be through a bloody human sacrifice that allegedly occurred 2000 years ago.

It disturbs me that the deity that millions of people worship is believed to require a blood sacrifice to expiate the sinfulness of its own creation at all. It seems incredible that an all-knowing, all-powerful, all-loving god - whose alleged desire is to welcome humanity into its presence - would deliberately create humankind with a curious, independent and impulsively immature nature and then subject the first humans to a life or death test which requires incuriousness, unquestioning obedience and experienced maturity.

It disturbs me that millions of people worship a god that would condemn all humanity for all eternity because of the inevitable failure of the two prototype humans to pass that impossible test because of the limitations of the very human nature with which that god endowed them.  It could make sense if people acknowledged that the god is a viciously manipulative tyrant which only fear kept them worshiping, but instead Christians insist that the mythical monster is a "loving" god.

It disturbs me that the cruel, capricious, psychopathic behavior which is the nature of the Biblical god - it is evident throughout holy scripture that God is all that and worse - must be called just, holy and glorious by its worshipers. Believers never seem to wonder why their omniscient and omnipotent god would require total, abject obedience in the first place nor why it could not - or would not - think of a more humane way for its followers to avoid eternal hellfire for the "sin" of being what they were created to be. It never seems to occur to believers that the deity they truly believe in is actually awful, even evil.

Christians refer to the Passion and Resurrection stories as the most "joyful" part of scripture.  I understand that they think it is the most important part - indeed it is the very foundation of the Christian faith - but I do not understand how people can remain so uncritical of this "salvation".  I find myself wondering how people can suspend normal human horror at such violent cruelty in this one celebrated instance,  calling it necessary and good. Their insistence that a god that can do anything somehow needed someone to die a violent, painful death to satisfy its thirst for vengeance and that this capriciously cruel demand is the greatest love humankind will ever know strikes me as very sad.

Human beings fear death more than anything else. Al Stefanelli writes that through most of history, the horror of dying spawned many versions of the Savior story.  Probably human beings then, as now, felt an awful impotence in the face of their inevitable demise and that sense of impotence may explain the continued acceptance of a doctrine of human failure leading to misplaced faith in irrational belief. 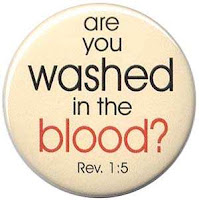 But, while fear and a sense of impotence may explain the willingness of believers to accept a savior myth, I feel that it is early religious indoctrination and psychological manipulation which leads people to sublimate their normal, healthy human aversion to wanton cruelty and to accept the meanest of human impulses - in the guise of Godly judgement - with hardly a murmur of protest.  Cruelty is called kindness, evil is called good and contempt is called love. Such is the bizarrely twisted Christian moral compass.

I suspect that the early Christian conquerers co-opted the pagan Eastre celebrations of springtime fertility not simply to 'win over' pagans to Christianity (they generally achieved this through intimidation and persecution anyway), but to make Christianity more palatable to the masses by entwining the terrifying and immoral doctrine with the more hopeful, joyful celebrations that most psychologically healthy human beings naturally prefer. By fusing the repugnant with the refreshing, Christianity keeps its adherents off-balance and confused about what ought to be the clear difference between goodness and evil.

I do not believe that the Biblical god - or any gods - exist, but I do think that the idea of such a god - and the repulsive religious doctrines built around it - ought to be resisted by all morally healthy people with every ounce of vigor that they can muster.