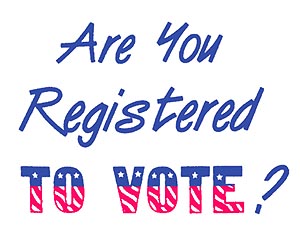 Recent news about Republican attempts to suppress the vote highlights just how important it is for citizens to pay attention to what those in power are doing.  Voter suppression has become the most egregious of the tactics in a campaign pockmarked with slimy pits of lies, disinformation and outright intimidation. 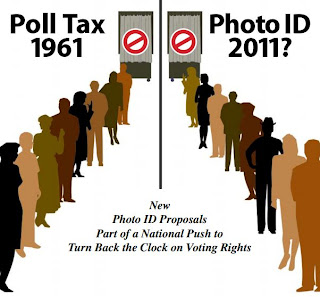 It is not just imperative that Americans "get out the vote" this year, but it is now necessary to ensure that citizens' legal right to vote is protected from a campaign to disenfranchise even longtime voters with no reason to think their voter registration would be problematic. Seniors, disabled citizens who do not and cannot have a driver's license, and millions of poor working Americans - for whom acquiring the notarized documentation, filling out the legal paperwork, paying fees and taking time away from their jobs to file for government IDs present insurmountable hurdles - all face potential disenfranchisement in the upcoming election.

Republicans continue to argue disingenuously that they are protecting voter rights by placing more and more roadblocks in the way of the poor, the elderly and the disabled because, they claim, they are protecting us all from potential voter fraud. Repeated studies and investigations into voter fraud have proven that it is exceedingly rare, and that the threat that potential voter fraud poses to the electoral process is minimal. Conversely, the potential for harm to the democratic process resulting from voter suppression practices is very high. In third world countries, American observers stand by to ensure that evidence of voter intimidation and suppression can be recorded and publicized. Who is watching out for the same thing in the USA?

This is a democratic Republic and it is the right and the duty of citizens to protect our own rights and freedoms. Knowledge is power, but action is even more powerful. Let's start paying attention, spreading the word, and mobilizing our fellow citizens to hold our government representatives accountable when they overstep the bounds and try to impede our right to vote.

"During the 2011 legislative sessions, states across the country passed measures to make it harder for Americans – particularly African-Americans, the elderly, students and people with disabilities – to exercise their fundamental right to cast a ballot. Over thirty states considered laws that would require voters to present government-issued photo ID in order to vote. Studies suggest that up to 11 percent of American citizens lack such ID, and would be required to navigate the administrative burdens to obtain it or forego the right to vote entirely." 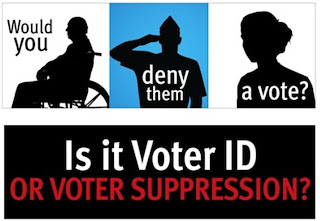 
"Imagine this: a Republican governor in a crucial battleground state instructs his secretary of state to purge the voting rolls of hundreds of thousands of allegedly ineligible voters. The move disenfranchises thousands of legally registered voters, who happen to be overwhelmingly black and Hispanic Democrats. The number of voters prevented from casting a ballot exceeds the margin of victory in the razor-thin election, which ends up determining the next President of the United States.


If this scenario sounds familiar, that’s because it happened in Florida in 2000. And twelve years later, just months before another presidential election, history is repeating itself."

CBS  Lucy Madison reports of mass mailings and robo-calls falsely telling voters that they should not or could not vote in the June 5 Wisconsin recall election.


"(CBS News) As voters head to the polls Tuesday to decide the fate of Wisconsin Gov. Scott Walker, reports out of the state suggest that robocalls are being placed informing voters, falsely, they don't have to vote if they signed the recall petition.


There have also been reports of mailings going out to voters telling them they can't vote unless they did so in 2010, and of people going door-to-door telling voters they don't have to go to the polls if they signed the recall petition, both of which are also untrue." 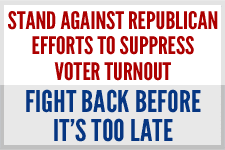 Raw Story offers a disturbing national roundup of stories from numerous states whose Republican governments are pulling out all the stops to disenfranchise voters. One excerpt (from LAWeekly):


"In a brazen attempt to steal this fall's election, Florida's Republican lawmakers have outlawed voting on Sunday, an African-American tradition. Indeed, across the United States, from Montana to Maine and Texas to Tennessee, 41 states have recently passed or introduced laws to restrict voter registration and early voting, and generally limit suffrage.


It's the greatest show of racially fueled political chicanery since turn-of-the-century laws banned scores of African-Americans from casting ballots. More than 5 million voters — largely nonwhite — could be kept from the polls, according to New York University's Brennan Center for Justice:


'State governments across the country enacted an array of new laws that could make it significantly harder for as many as 5 million eligible Americans to vote. Some states require voters to show government-issued photo identification, often of a type that as many as one in ten voters do not have. Other states have cut back on early voting, a hugely popular innovation used by millions of Americans. Still others made it much more difficult for citizens to register to vote, a prerequisite for voting'. "


Don't be caught off guard by voter suppression tactics. Go online and be sure that your voter registration is secure and that you will not be disenfranchised this November.  Here are some handy links to information and resources: 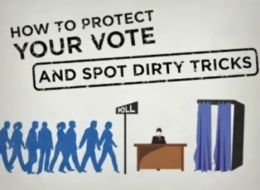 USA Gov. page on voting information, including a link to voter registration deadlines by state and easy-to-navigate information links to answers for frequently asked questions about voting, registration, voting from overseas, working on elections and trouble-shooting.

Brennan Center of Justice Election 2012, information for voters and resources for assistance with barriers to your right to vote.

Here is a 2008 video about voter suppression tactics which is depressingly prescient - it is a brief but thorough overview of the methods and traps used to suppress the legitimate right of American citizens to vote. Please watch and share: