First Pals: What makes Dad so cool?
He’s the swim coach, tent maker,
best friend, bike fixer and hug giver —
all rolled into one. Or two.


Earlier this year, there was a hue and cry from the Christian right over the decision by J C Penney to hire Ellen De Generes as their new spokesperson. A group of Christian women, apparently outraged that any openly gay human being should be employed, launched a boycott campaign against the retailer. The public response was thankfully less than encouraging for the "millions of moms" who just want LGBTQ people to shut up, sit down and have the decency to be ashamed enough of their sexual orientation to keep it secret. The Christian hate group whose site I will not link to (sorry, but I won't contribute to the visitor count for a hate group), campaigned hard to get Ellen DeGeneres fired, and they failed.  J C Penney stood unequivocally with their popular spokesperson. 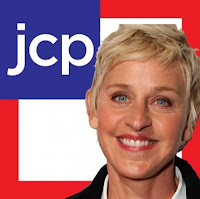 Today's news reveals that J C Penney's commitment to equality is even deeper and more solid than the earlier events might have indicated. I was impressed when J C Penney backed Ellen, but I also had to admit that she is a very popular and well-liked celebrity in her own right. J C Penney may only have calculated that it was a good business decision to stick with their hiring decision after the controversy blew up, especially in light of the huge pushback from supporters and fans of the TV talk show host and actor. Still, I wrote them a letter of approval and got a very nice one back from their customer service department.

So, how good to read this story, today, then!  J C Penney seems to have decided to take a far more risky - and therefore more principled and admirable - stand on GLBTQ rights. The company has produced a new Father's Day ad featuring a real life gay couple and their children. There is no famous face with a proven reputation for appealing to a wide market. There is no way to take the position that this ad only happens to suggest acceptance of GLBTQ people tangentially as in the Ellen ads (her ads were about the store and the products and her own bubbly personality - not about her sexual identity - which was of course all they should have been). This ad is about fatherhood and the central figures in the ad are a gay couple who are fathers to the two children in the ad. The ad is openly accepting not only of the sexuality of LGBTQ people, but of their right to marriage, families and openly loving and respected lives.

J C Penney probably did not intend to bring up a hot social issue when it hired Ellen De Generes last year, but the company has had to deal with it because of Christian bigotry anyway.  In a way, the Ellen ad was the opening line in a conversation that has picked up both participants and listeners over the past few months with astonishing speed and intensity. Following so closely on the heels of the recent examples of Christian bigotry in North Carolina and elsewhere, this ad - and the corporate commitment to equality and social justice that it seems to represent - give me hope.

Now get out there and shop at J C Penney!!  Companies who put themselves out there like this deserve our support! 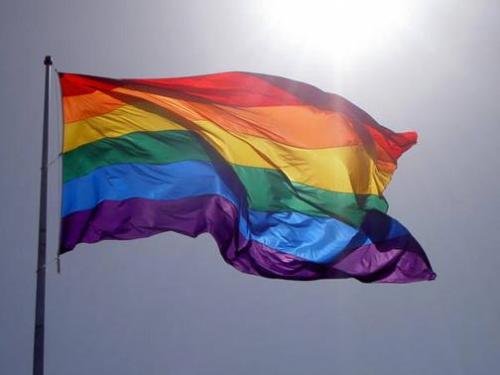