Two recent FreeThoughtBlogs posts reminded me that I haven't posted often enough recently about the improper use of public schools by religious groups to indoctrinate children into their terrifying "faiths". One would think that the public discussions of Jesus Camp, and the disturbing videos which came out about it, would have alerted concerned parents to the danger of letting religion have a free pass to indoctrinate their youngsters, but apparently not.  Religion is given a pass once more.  Actually, religion is not just given a pass but is still presumed to be, on the whole, a positive and good thing for children, even by parents who would be horrified if they knew the true intentions of religious proselytizers who have targeted their children for training as warriors for Jesus.

Both Ophelia Benson and PZ Myers posted this morning about the Good News Club, an explicitly Christian evangelical initiative of a group which calls itself the Child Evangelism Fellowship (CEF), whose number and influence in schools and communities has been growing at an alarming rate.  A recent article in the Guardian by Katherine Stewart (author of The Good News Club: The Christian Right's Stealth Assault on America's Children) has broken the story that the clubs, emboldened by the protection of a bad 2001 Supreme Court decision, are no longer bothering to even pretend that their real agenda is not proselytizing and grooming Christian warriors:

The CEF has been teaching the story of the Amalekites at least since 1973. In its earlier curriculum materials, CEF was euphemistic about the bloodshed, saying simply that "the Amalekites were completely defeated." In the most recent version of the curriculum, however, the group is quite eager to drive the message home to its elementary school students. The first thing the curriculum makes clear is that if God gives instructions to kill a group of people, you must kill every last one:

"You are to go and completely destroy the Amalekites (AM-uh-leck-ites) – people, animals, every living thing. Nothing shall be left."

"That was pretty clear, wasn't it?" the manual tells the teachers to say to the kids.

Asking if Saul would "pass the test" of obedience, the text points to Saul's failure to annihilate every last Amalekite, posing the rhetorical question:

"If you are asked to do something, how much of it do you need to do before you can say, 'I did it!'?"

"If only Saul had been willing to seek God for strength to obey!" the lesson concludes.

Even more important, the Good News Club wants the children to know, the Amalakites were targeted for destruction on account of their religion, or lack of it. The instruction manual reads:

These fundamentalist Christian proselytizing vehicles won the right to insert themselves into public schools under the deceptive and insidious ruling (one of the few majority opinions authored by the conservative Clarence Thomas) in 2001. In that decision (Good News Club vs Milford Central School), the Supreme Court Justice disingenuously agreed with the CEF defense that the clubs were not religious in nature at all, but were merely clubs performing the laudable function of “teaching of morals and character development from a particular viewpoint”. Nothing to worry about there, right? But, wait. Here is the CEF viewpoint, straight from their "About Us" webpage:

"Child Evangelism Fellowship® (CEF®) is a Bible-centered, worldwide organization that is dedicated to seeing every child reached with the Gospel of the Lord Jesus Christ, discipled and established in a local church."

Many parents uncritically accept these clubs as being harmlessly what their deliberately kid-friendly name implies: a club for fun and belonging, in the spirit of the Good News Bears. They either do not realise or do not want to realise that the raison d'être of Good News Clubs is to convert children and turn them into Christian evangelicals.  These clubs are designed to pull in children under false pretenses (in many cases offering after-school care which is almost irresistible to parents who are struggling with poorly paid jobs and a lack of affordable child-care which is becoming a national crisis) and then convert them to fundamentalist Christianity. The benign-sounding name, the lure of a fun-sounding "club" and the fact that the children are often strongly encouraged to join by respected authorities (the schools) are all part of an insidious strategy to gain access to children without the truly informed consent of their parents and, obviously, of the children themselves. School acceptance of these clubs, mandated by the Supreme Court, means that both children and their parents are deceived into thinking that the secular, public schools endorse these religious clubs - and that there is no deeper agenda - which is one of the main reasons why the CEF fought so hard and so dishonestly to get them into public schools in the first place.

The Christian church has long used childhood indoctrination to ensure that obedient and thoroughly cowed legions of believers continue to swell their ranks, providing them with the power of numbers, financial wealth and, of course, warriors willing to die for their god/church/divinely appointed rulers. It has always been in the interest of those who hold power to have a large faith following, and religion has provided both the means and the ends.

There was empirical evidence behind the oft-quoted assertion of St. Francis Xavier (one of the first Jesuits, a Catholic order of priests famed as educators): "Give me the child until he is seven and I will give you the man (alternatively: "and I care not who has him thereafter"). The well-educated, observant and intelligent Jesuits had noticed that people who are thoroughly indoctrinated in religious dogma in early childhood retain those beliefs throughout life, while people in whom religious belief has not been inculcated early are more difficult to convert - and to control. They realized, though they did not have the language to describe it yet, that the psychological impact of early indoctrination - particularly indoctrination based upon fear and confusion - usually lasts a lifetime.

Young children have no defenses against deliberate indoctrination. When they are taught to fear a god through stories which illustrate the god's relentlessly violent and implacably unforgiving reaction - not to lying, stealing and murdering which the Biblical god often condones and even orders, but to disbelief and disobedience - they learn the lesson through fear and they learn it well.  The Biblical god is a terrifyingly powerful "awesome" god and the one "sin" He will never forgive is lack of belief. The children are primed first with the "fun" and then the stories are told, gradually leading to the point when the children are tearfully, fearfully professing "belief". 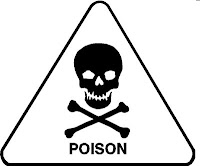 Research has shown that one of the most powerful human motivators is fear, and one of the most difficult psychological challenges to overcome is irrational fear, especially fear that has taken root in the mind at an early age. Religious proselytizers know this, and this is why they are so insistent upon childhood indoctrination. Children are vulnerable to lifelong damage from the powerful emotional appeal of fear and guilt-based religious proselytizing.  They cannot "unthink" terrible thoughts which have been planted in their minds early. They cannot "unfeel" the horror and the fear that is elicited in their psyches through early Bible instruction.

Religious eschatology - and the terrifying images it evokes - is nothing less than psychological abuse of children. Yet, not only are parents permitted to subject their own children to these horrors, but religious groups are being permitted to sneak their fundamentalist religious indoctrination into public and private schools where they can prey on other peoples' children as well. In fact, gaining access to the children of parents who would not voluntarily subject their children to this violent, misanthropic and destructive theology is precisely the purpose of the Good News Club.

The CEF is an explicitly evangelical, explicitly fundamentalist, explicitly and unapologetically Christian group and by continuing to be willfully blind to their purpose, parents are participating in the indoctrination of their children into extremist religion, whether they want to admit it to themselves or not. It is vital that more people speak out about this strategy of the religious right. They have already insinuated themselves into thousands of public schools in the USA and around the world, and they do not intend to stop until they have converted everyone.

Telling ourselves that one powerful religious group really cannot take over like that; kidding ourselves that the first amendment will protect people from religious tyranny is being willfully blind, deaf and dumb. As we have seen with the concurrent (and not coincidental) strategy of powerful groups to get issues affecting minorities' Constitutional rights onto ballots so that they can be put to a majority vote, the longterm objectives of the conservative right wing have been carefully and patiently planned. There is a real danger that the majority can use its power and clout to force their view on the minority until the power is so nearly total that complete annihilation of opposing viewpoints is achieved. That is where the freedom from religion part should have come in – if the court had not also been swayed by the power of the Christian majority. The issue is now urgent.