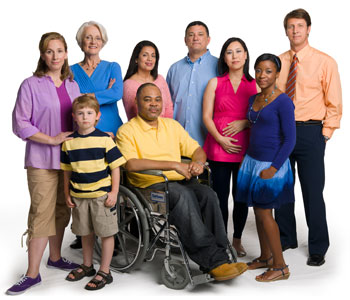 The news is good:  The Supreme Court has upheld the Affordable Healthcare Act in its entirety.  Chief Justice John Roberts wrote the decision for the majority, affirming the provisions for the act, including the individual health insurance mandate.

Roberts did manage to throw one big, meaty bone to the Republicans:

"The Federal Government does not have the power to order people to buy health insurance. Section 5000A would therefore be unconstitutional if read as a command. The Federal Government does have the power to impose a tax on those without health insurance. Section 5000A is therefore constitutional, because it can reasonably be read as a tax," Roberts said in his opinion. (emphasis mine).

Look for a quick turnaround in Republican campaign strategy now as they raise the spectre of new taxation.  This will no doubt inflame the teavangelicals and the rabid fringe (Bachman, et al). Supporters of healthcare reform need to get to work immediately to counter the inevitable lies and fear tactics leading up to the November election.

But for today, let us all celebrate the fact that for the second time in recent memory, the Supreme Court has done (mostly) the right thing:  The Affordable Healthcare Act has been ruled constitutional.

Here is a brief look at what that means to Americans as individuals and for businesses.

I'm still on the road, but will pull together as much information as I can, and will post links to sources and analysis.
Posted by NiftyWriter at 10:15 AM