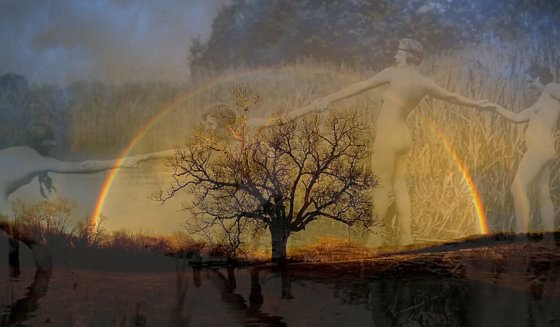 Still out of town, but I had to post briefly to link to two excellent FTB posts.

Hank Fox responded with his usual amazing clarity of thought and spare, straightforward writing to Ian Cromwell's call for essays elaborating on the title "Because I am an atheist". As usual, Hank has read my mind.

This ought to be passed around the blogosphere and hopefully out into other venues of mass communication. Especially this:

"…I understand the incredible human tragedy that religion represents. 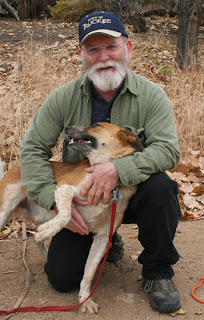 Across millennia during which “hope” was measured against the willingness of an unknowable God to fix problems or provide a future of abundance for people, rather than the capabilities of hard-working, educated, compassionate humans, we Earthlings have continued to waste our vast potential, losing out on near-infinite opportunities. During that time, huge amounts of effort and wealth have been bent toward pleasing this or that capricious god, or his supposed Earthly representatives, stealing away the value of human endeavor in order to build castles of worship, create artworks of fear-driven piety, and produce – rather than textbooks for learning – mere holy books, the printed tools for brainwashing billions of hapless victims.

Through those hundreds and hundreds of years, how many have starved, or died, or lived in pain and fear and enforced ignorance while fat priests sat in literal castles, built on the backs of their enslaved fellow men? Because I’m an atheist, I can despise the malignant, manipulative human spiders who spin and maintain those enslaving webs of belief."  Hank Fox, Blue Collar Atheist.

Also this week. Al Stefanelli outdid himself with an amazing and disturbing post about the Christian apologist William Lane Craig, whose veneer of academic credentials hides a pernicious and destructive determination to obfuscate and confuse as many people as possible. Al's takedown of this notorious liar is his usual epic and well-written work.  It is well worth not only reading, but bookmarking, quoting and sending onward. 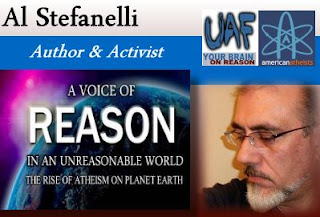 "In case you don’t know, William Lane Craig is an oft-trundled-out source of Christian apology because he has a lot of books out with fancy titles and is a pseudo-academic. As a Research Professor of Philosophy at Talbot School of  Theology in La Mirada, California, Dr. Craig spends a fair amount of time on the lecture and debate circuit, performing feats of mental gymnastics in an effort to explain some of the contradictory principles and answer some ”tough questions” that inevitably come up when one chooses to live their life according to a world view that includes magic, unicorns, giant demigods having sex with human women, wizardry, sorcery, fire-breathing half dragon-half roosters, Satyrs, human birds, bones coming up out of the ground and dancing around, UFOs, dancing and talking animals, flying people, teleportation and all the other batshittery that is in the bible." Al Stefanelli, A Voice of Reason.

Read!  Pass it on!  The internet is the last freethought medium - let's use it to save humanity.