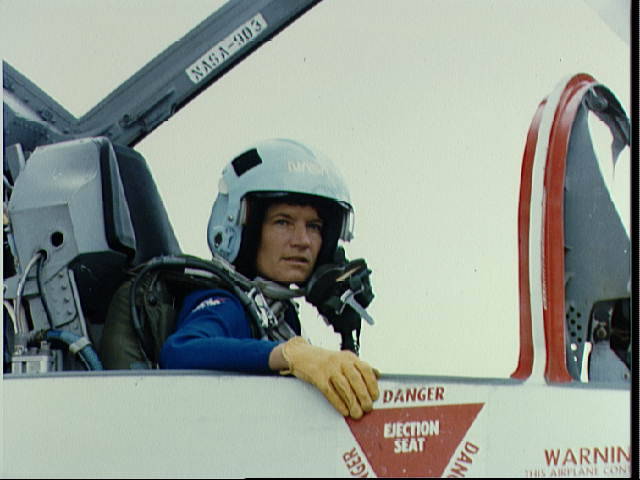 Sally Ride, the first woman in space and an inspiration to girls everywhere, has died. Dr. Ride passed away earlier today due to complications of pancreatic cancer. She was 61 years old.

"(In space) The stars don't look bigger, but they do look brighter...The view of earth is spectacular."

Dr. Ride inspired an entire generation of women scientists who watched her break the gender barrier in a new frontier and realised that they, too, could one day see that view of the earth and stars from space.


Later, Sally broke through another social barrier. She was an out lesbian who shared her life proudly with the woman she loved.


I would like to send my sincere sympathy to Dr. Ride's life partner of 27 years, Dr. Tam E. O'Shaughnessy.