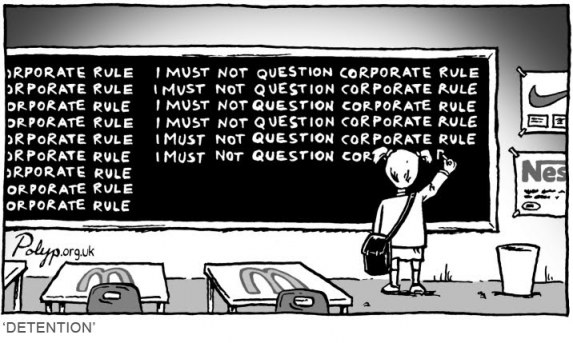 Note: This is the second post in a series on public education. The first post in the series can be found here.

(Noah) Webster echoes the belief that proper education is the first defense against tyranny. “In despotic governments, the people should have little or no education, except what tends to inspire them with a servile fear. Information is fatal to despotism . . . In our American republics, where [government] is in the hands of the people, knowledge should be universally diffused by means of public schools.” He believed that “the more generally knowledge is diffused among the substantial yeomanry, the more perfect will be the laws of a republican state.” Minneapolis News Blog, September, 2011.

The ultimate result of good public education is a population which will not willingly allow itself to be subjugated and oppressed. Educated people are empowered people. Those who can not only read and write but have access to history, math, science and technology, are better able to think independently, to face challenges without the fearfulness that ignorance brings, and to come up with innovative ideas built on their education which can potentially elevate any person to a position of leadership in a society.

Education increases opportunities for the common people while it pushes aside the veil of ignorance which has always been used to hide the agenda of the elites who have historically controlled society. The American public school system, imperfect though it is, has managed to foster an astonishing and prolonged era of unprecedented national intellectual growth, creative and scientific innovation and technological progress.

“The whole people must take upon themselves the education of the whole people and be willing to bear the expenses of it. There should not be a district of one mile square, without a school in it, not founded by a charitable individual, but maintained at the public expense of the people themselves.”  John Adams, 1785.

The ultimate goal of good public education is a society where the self-interest of millions of well-educated citizens will provide an effective counter-balancing effect against the potential tyranny of powerful religious and wealthy elites. The great American experiment was the attempt to build a society where liberty, justice and the pursuit of happiness by the common people would be made possible for the first time in human history because an informed and educated population would have at its disposal the tools for success which were formerly reserved for the privileged few.

In short: the ultimate goal of good public education is to create the conditions wherein the American Dream might actually become a reality.

At first blush, it would seem logical then, that business and industry would welcome and support a system of public education which has become the engine for innovative ideas and economic growth. But, they do not. They favor limited public access to education, preferably privatized for greater control by special interests, and never subsidized by public taxation.

There are at least three good reasons why the business sector, like the church, hates and fears public education: 1.Educated people can see through false, manipulative ideologies which have long been used to control and abuse them. 2. Educated people are more cognizant of their human worth and will insist on the personal respect to which they are entitled as citizens in a putatively egalitarian society. 3. Educated people know how to organize themselves to fight for a political voice, for better arrangements to encourage more social equality and for fair pay for their labor as the producers of the goods and services that provide the growth and wealth which drives the economy.

“Learned Institutions . . . throw that light over the public mind which is the best security against crafty and dangerous encroachments on the public liberty.” James Madison, 1822.

The power, influence and wealth of elites depends upon a large population of ignorant, dependent and obedient poor workers and a small, well-controlled pool of talented staff who have been given a narrowly targeted indoctrination "education" in only the highly-focused areas cherry-picked for maximum utility to Big Business. People who are lifted out of the cycle of poverty and ignorance by freely accessible education will be none of these things. Graduates of a classical, broad, liberal college education are inclined to think too much and want to make the world a better place - lofty ideals which are in direct opposition to the ideal corporate environment. It is not for nothing that colleges all over the country are being "gifted" with attractive, brand spanking new business schools underwritten and overseen by wealthy donors.

A good, liberal, free public education system is inimical to the ambitions of wealthy elites, and therefore has always been the target of attacks from business and industry. Like religion, Big Business cannot realize its ambitions for power and wealth unless there is a large, permanent underclass of uneducated people to use as producers and consumers of their products and services. Like religion, Big Business favors a private (expensive) education model which will ensure that access to real education is limited to the privileged few, while the majority will receive just enough education to be of use to wealthy business and religious elites.

Thus was born an unlikely and unholy alliance between profit-driven, amoral Big Business and the elite upper echelons of the church of the most radical liberal of them all - the Christ who preached the moral virtues of poverty, humility and tolerance - the Christian right.

Recommended Reading (Did I merely say recommended?  Read these!)

The Price of a Free Society, Paul Starr, The American Prospect, May 2005

Which MBA? Paying the Piper, The Economist, July 2012

What's the Matter with Kansas? How Conservatives Won the Heart of America, Thomas Frank, 2005.

American Theocracy: The Peril and Politics of Radical Religion, Oil, and Borrowed Money in the 21st Century, Kevin Phillips, 2007. 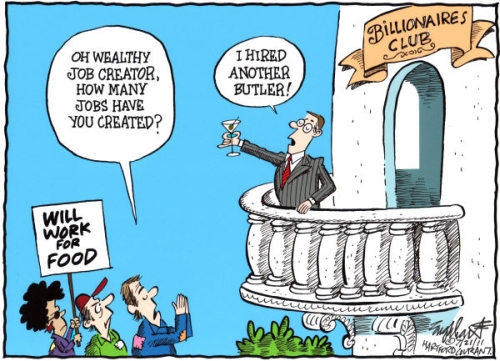 Posted by NiftyWriter at 4:04 PM