"Some 200 protesters, according to local law enforcement officials, gathered Sunday near the residence of billionaire David Koch, who held a private fund-raiser attended by Mitt Romney at his home in Southampton...David Koch, and his brother Charles are controversial figures in the Republican Party who support conservative and libertarian causes. Backers of the group Americans for Prosperity, the pair of industrialists are expected to spend tens - if not hundreds - of millions on Republican causes this year..."

"We're here because of David Koch and his vow to purchase a president,” said Anthony Zenkus, with Occupy Wall Street, pointing to the large amount of money the Koch brothers are speculated to spend. “It doesn't sound like democracy to me."

The rest of the CNN story can be found here.

New York Times:  Romney Donors Out in Force in Hamptons 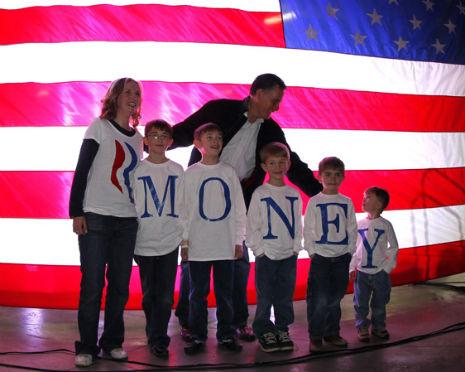 Posted by NiftyWriter at 7:08 PM

Email ThisBlogThis!Share to TwitterShare to FacebookShare to Pinterest
Labels: Republican War on the Republic, Wake Up America