Come On In, The Water's Fine! 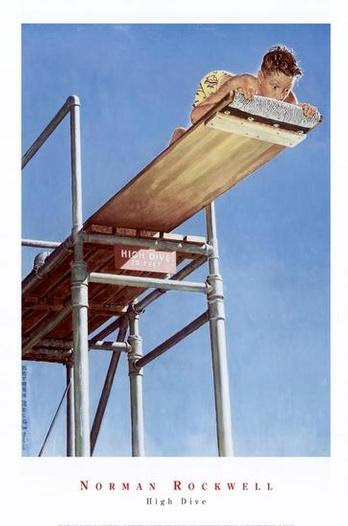 "It costs so much to be a full human being that there are very few who have the enlightenment, or the courage, to pay the price ... One has to abandon altogether the search for security, and reach out to the risk of living with both arms. One has to embrace the world like a lover, and yet demand no easy return of love. One has to accept pain as a condition of existence. One has to court doubt and darkness as the cost of knowing. One needs a will stubborn in conflict, but apt always to the total acceptance of every consequence of living and dying." Morris West, The Shoes of the Fisherman, 1963.


Millions of people the world over are atheist but only a tiny fraction of these people publicly identify as such for a variety of reasons. The most common reasons are that either they do not realise that they are atheist or they are afraid to acknowledge that they are atheist. Because of the harm that they see being caused by the power that religious dogma is given in society, some atheists become frustrated and discouraged about the number of closeted atheists in our midst, and sometimes their frustration spills out in accusations of hypocrisy - which sometimes pushes the closeted atheists more deeply into the closet.

I am an atheist who sometimes reaches that boiling point of mingled frustration, irritation and discouragement. Like most atheists, I used to be religious and like most atheists, I know only too well how hard it can be to let go of the security of a belief system inculcated from childhood - and which for many of us is intimately entwined with our identities, our families and our entire community support networks. If religion was a benign force in the world, as many closeted atheists clearly must still believe it to be, there would never be any reason to come out as an atheist.

But, religion is not a benign force in the world. Religion wreaks havoc on efforts to promote world peace. Religion mandates that women be treated as less than fully human, enshrining in its "holy books" the misogyny that permeates human culture and providing a "divine" justification for the oppression of half of humankind. Religion fosters - even insists upon - religious and racial bigotry. Religion suppresses and tries to destroy sources of human knowledge which threaten its power. It is accorded a level of obsequious acceptance and awarded a degree of power and influence that would be unthinkable for any other unelected, nontransparent entity in a modern, democratic society.

The church says the earth is flat, but I know that it is round, for I have seen the shadow on the moon, and I have more faith in a shadow than in the church. Ferdinand Magellan. 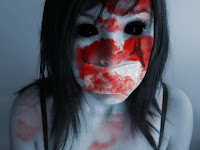 The deference that is paid to religion has real consequences for humanity. In addition to the sectarian violence that rages all over the world, religious groups seek to stop scientific research which could yield outstanding new medical treatments that would greatly alleviate human suffering. Religion demands the "right" to decide for all of society what is moral and what ought to be legal, even when there is no consensus even among religionists on what is actually moral and what actually ought to be legal. It is inimical to individual freedom. Religion schemes and strategizes to persuade - through fear, bigotry and misinformation - just enough people to vote in favor of their agenda, thus turning a democratic Republic into a putative theocracy where a simple majority of religiously-influenced voters can take away human rights from women and minorities by anonymously pulling a lever in a ballot box.

Faith is essentially intolerant ... essentially because necessarily bound up with faith is the illusion that one's cause is also God`s cause. Ludwig von Feuerbach.

Are you a closeted atheist?  Incredible though it may sound, it is possible not to realize that one is actually atheist. There is no shame or hypocrisy in it. While it is true that religion's greatest source of energy comes via true believers, religious leaders know that the number of zealous true believers is too small to secure real power in a culture, so they rely on the large moderate majority to protect and enable them to achieve their goals.  To that end, the strategic tool of childhood indoctrination and enormous social pressure to conform to "tradition", coupled with the more liberal mainline Christian ethics of the post WW2 western world, ensures that millions of people feel more comfortable continuing to identify as "believers" - even though they know on at least some level that they do not, really, believe everything that their religion tells them is ultimate truth.

No man ever believes that the Bible means what it says; he is always convinced that it says what he means. George Bernard Shaw 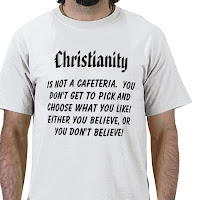 Cultural believers are trying to have it both ways. Those who believe that there are many pathways to God, and who sincerely believe that their religion is one of love or peace, tend to reject the actual religion found in holy scripture and embodied by the fundamentalists of their faith. They wish both to believe and disbelieve. They wish to align themselves with the best of the modern, liberal religious sensibility - which is secular humanism by a more acceptable name - while denying the reality of the message in the dominant faith traditions.  They tell themselves that people who are intolerant of spiritual differences or who fight to deny others the freedom to develop and live by their own religious and moral values are not "true" Christians. They are uncomfortable with the way the religious right oppresses minority groups, but they stop short of taking effective action to push back against it. In the end, they support their extreme co-religionists because of their shared religious heritage - sometimes actively but more often just passively through doing nothing, keeping their heads down and continuing to enjoy whatever it is that their own church community gives them.  These people unintentionally form the cultural bulwark of reasonable, moderate, kind and compassionate religion which provides cover for fundamentalists with their unreasonable, extreme, cruel and oppressive agendas.

Easier to understand are the millions of people who do know they are atheist but who are too afraid to come out of the closet. One does not have to look far or for very long to find evidence of the social, political and personal cost that open atheism can bring to an individual. The fear that many closeted atheists feel is genuine and completely rational. In many parts of the world, open atheism can get you persecuted, arrested and even executed. In the western world, atheists are openly vilified, compared to rapists, pedophiles and psychopaths and are discriminated against socially, politically and economically. Being openly atheist can cost you your friends, family and community. It will mean you will probably never be able to hold public office. It could cost you your job. It could cost you your safety and peace of mind.

And yet, by remaining silent, are we in the western world really safeguarding ourselves and our children? 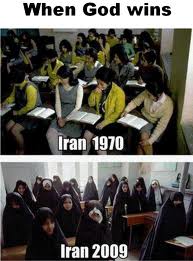 Just fifty years ago, before the global resurgence of religious fundamentalism, most of the developed world and much of the developing world was moving slowly but surely toward modernity. Most of the world had explicit goals for educational and social progress, including countries which today are rued by fundamentalist religious regimes. Universities, modern medicine and infrastructure and international trade were on the rise, and societies were proudly producing post-war generations eager to participate in the explosion of scientific and technological discovery that marked the second half of the twentieth century. But scientific achievement and progressive social and educational reform threatens religious elites and the rise of fundamentalism soon followed the brief, shining period of progress.

The moderates in these countries did not imagine that the hard-won gains that had been so recently made could be rolled back. They did not think that the extremists among them could seize control of their countries and push them all back into a new dark age. But it happened. It happened with the unwitting help of the moderates who did not anticipate that while their more extreme co-religionists might only target vulnerable minorities at first, they would inevitably turn their attention to the insufficiently devout within the majority - the moderates themselves. By the time the moderates woke up to what was happening to their countries, it was too late.

I learned that courage was not the absence of fear, but the triumph over it. The brave man is not he who does not feel afraid, but he who conquers that fear. Nelson Mandela

It is recognition of the ultimate consequences of society's continued acceptance of religious hegemony which prompts atheists to urgently challenge closeted atheists to take a stand for humanity. Insistence on the benignity of belief systems which wreak havoc on world peace, which mandate the oppression of women and which demean and discredit the highest achievements of humankind is irrational and destructive, even if the motive for doing so makes perfect sense to the moderate majority which is scrambling to protect its own cherished privileges and traditions.

The benefits that closeted atheists receive from their church communities are outweighed by the harm that religion is doing to those same communities and to the societies which they influence, to the earth via support for climate change denial through anti-science anti-intellectualism and to the whole of humanity through hatred, bigotry and the implacable religious drive for theological supremacy. Our fear of ostracism today ought to be outweighed by our concern about the kind of world we are leaving for our children and grandchildren. By coming out of the closet, atheists, agnostics and secular humanists will encourage each other to see that we already have the numbers to support thriving human communities, based upon better ideas than fear and misogyny. 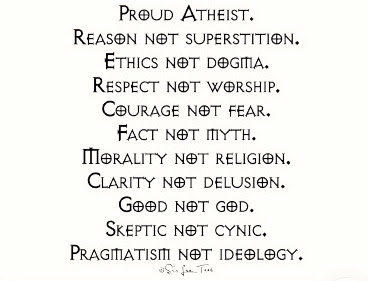 In a world that is as oppressively and even violently dominated by religion as ever in human history, it may take more courage - even in societies which claim to protect religious freedom (for now) - than the average person can muster to come out as an atheist.


We gain strength, and courage, and confidence by each experience in which we really stop to look fear in the face... we must do that which we think we cannot.
Eleanor Roosevelt

The cost of staying in the closet. MarieAlena Castle, Atheists For Human Rights,

Coming out of the closet,  Eric Jeffries, exchristian.net

The End of Faith: Religion, Terror, and the Future of Reason, Sam Harris, 2004.

God Is Not Great: How Religion Poisons Everything, Christopher Hitchens, 2007.