Where Is The Reason Rally Coverage? 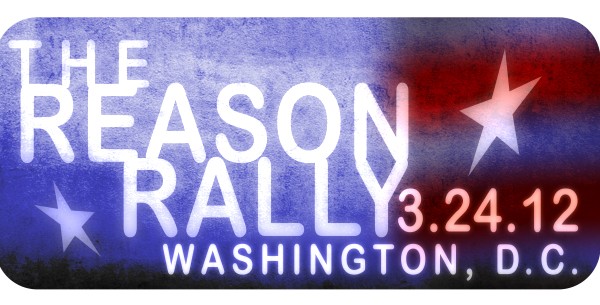 I'm disappointed to report that there has been very little in front page print media or online from major news sources about the Reason Rally so far.  I hope that this situation improves through the day.

There is one interesting thing to link to, however.  This "belief blog" post on CNN's back pages talks about the Reason Rally as a moment for atheists in this country to come out - there is a video featuring Richard Dawkins, too.  And this one, posted yesterday, features Dave Silverman of American Atheists (one of the main organizers of the Rally).

The most interesting part is that there are well over 2000 comments below these two blog posts lost in the obscurity of CNN's back pages.  CNN blogs rarely garner huge numbers of comments, especially this quickly. (Compare the comment number for these two entries with comments for the posts immediately preceding and following them). As usual, just the very idea of atheism sparks irrational outrage and backlash from theists.  Most of the usual angry atheist/immoral godless tropes are dutifully trotted out in these comments.

Don't read them unless you want your day ruined!

Nonbelievers pull together... (The Washington Times)

And this amusing example of "up is down, good is bad" rationalization from FauxNews:

Why the Reason Rally is unreasonable   In there, you will find the usual accusations that atheists are arrogant and self-important,  coming from those who believe that they know everything that needs to be known in the universe and that the earth, all of its living forms and the entire universe exists solely for their benefit.  Classic.

I am of the opinion that articles like this from the "folks" at Faux is confirmation that they are aware that their ability to keep people in fear and ignorance is waning at long last.  Reasonable people are standing up and that is making the right wing extremists - including their political arm, the Republican party and their chief propaganda arm, Fox media - very nervous.
Posted by NiftyWriter at 10:24 AM