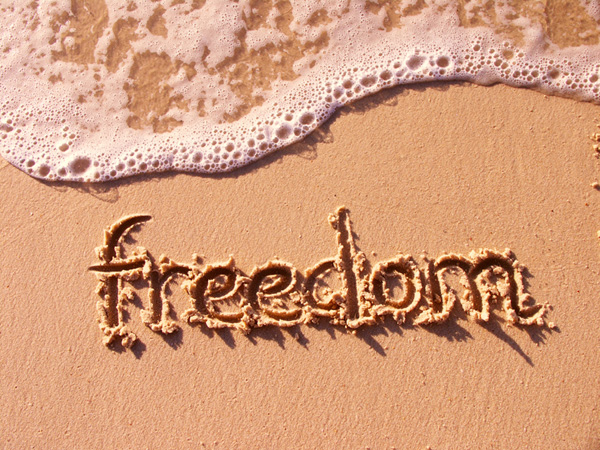 This post may not be complete - I happen to be the same very busy woman™ that I am in NiftyUniverse - but I will do my best right now to get the kernels of a few ideas out there.

As promised yesterday,  I'm going to provide a few links to some good articles about current political events, especially the horrifying bombardment of oppressive and degrading legislation that is currently raining down on women in the so-called modern, progressive and "free" developed world.

Something I have been noticing with relief is that more and more people are beginning to connect the dots between all the talk about freedom by Republicans and the actual threat to individual freedoms in this country which is the goal of the Republican agenda.  Many free thinkers have been grumbling about this agenda for years, while never seeming to quite believe that the extreme right wing could actually succeed in stripping away individual rights and freedoms. 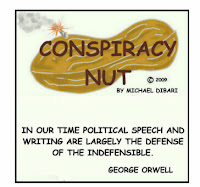 Even when George W Bush was installed in the White House and set about fulfilling his promises to the wealthy and powerful religious and corporate elites to whom he owed his ascension to the presidency, many people could not seriously believe that the checks and balances of government power, coupled with the guarantees for individual rights and freedoms, could be strategically defeated by a determined and power-hungry enemy of long-held American ideals.  People just could not believe that "it could happen here", and those who were talking and writing about it were ridiculed and marginalized as "conspiracy nuts".

But you know,  sometimes there really is a conspiracy, and sometimes it only takes a few hours reading history to understand and remember that fact.  Great civilizations before us were blindsided by what looked like suddenly rising dictators, but who were in fact the inevitable victors in a patient game of political maneuvering using the very ideals that people cherish - turned upside down and inside out - to undermine the glue which supports the society, concentrate power into a few very closely linked hands, and render an entire population suddenly bereft of the world they knew and understood.  The tragedy is that the people themselves are used as the foot soldiers in the war against themselves. They are persuaded to give up their own freedoms and destroy their own country from within, leaving a damaged shell for the fascist cabal to take over and begin to rule. 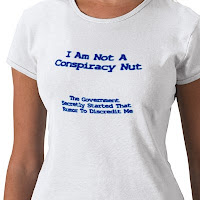 We are not kidding ourselves any longer, though. Freethinkers and progressives everywhere are now sounding the alarm as Republican lawmakers are pounding the country with wave after wave of anti-woman, anti-individual, anti-non Christian legislation. This unprecedented attack on individual freedom is all the more vicious and cynical when one sees it couched by the aggressors in language about "protecting freedom".  Fortunately for us all, more people are beginning to wake up and notice because of the horrors that are playing out in state houses across the country right now. Attacks on women's reproductive freedom, attempts to disenfranchise the poor and the frightening rise in legislation allowing discrimination by religious and economic elites on the basis of gender, religion and race have finally begun to make the complacent sit up and take notice.

These things had their genesis long ago, however. Like fascists throughout history, the unholy alliance of the extreme religious right and the extreme libertarian right have used the propaganda machine they have created very cleverly.  In his book American Fascists, Chris Hedges talks about how this was an official strategy of the religious right, using the (very willing) Republican party as its political arm, to create an American theocracy.  In The Family, Jeff Sharlet further explains the determination and careful organization of this far from recent strategy to subvert the American Constitution, dismantle the governmental checks and balances and create a theocratic state run, of course, by their own organization.

There is another post in every one of these paragraphs, but my time is really limited this week, so I am going to have to post links and keep coming back to these topics in shorter bursts.

Timothy Egan, the Opinionator, published a good piece in the New York Times which zeroes in directly on this subject of how the Republican party is turning the idea of freedom on its head for its own gain.

The appalling upside-down morality is front and center in this guest post in the Washington Post, but this comment (and other excellent comments), as well as the glimpse into the mindset of the theists who are attacking the country, makes it worth reading:

"By placing a financial burden on female employees that the mandate is meant to remove, the Catholic church is violating both the rights and the conscience of those employees. It is an absurd exaggeration to claim that the church is being forced to provide contraceptives. The church is no more providing them than if they employee goes and purchases contraceptives themselves using money they were paid by the church. What the church is attempting to do is impede the ability of its female employees to exercise their own conscience and to receive coverage that the law has deemed they should receive. To claim this is a violation of religious freedom is both ignorant and disingenuous. You do not have a right to bully and burden your employees. The reproductive choices of your female employees is not your business. It is between them, their doctors, and their insurers. The church has no right to interfere. Chip_M"

Maureen Dowd's column Don't Tread on Us, also in the NYT is a week old but still worth re-reading.

Alison Catalano is another principled professional who has taken a stand against the attacks on women's health access. This San Antonio online news article covers it.  I am heartened to see people standing up to this legislative bullying, but I am appalled that individuals are having to risk their careers and their livelihoods to stand up for what is right and just.

Greg Laden of FTB has a brief post with video of the President's remarks (at last!) about the terrible murder of seventeen year old Trayvon Martin in Florida.  Black Skeptic Frederick Sparks also posted a very restrained update on the President's remarks also at FTB.  Scroll down his blog, however, to read more on the topic.  If you are not a person of color,  read the Black Skeptics' post about the burden racist paranoia places on minorities - especially, of course, young men of color in the USA.

As an antidote to the despair that the Trayvon Martin murder case might arouse, please read the brief summary, watch and enjoy this wonderful video Black Gold posted by Melissa McEwan on Shakesville.

Read Jen McCreight on the diversity of speakers at the Reason Rally - tomorrow! - and how important this rally is for making people aware that there are thousands of people like them in this country who are willing to stand up and come out in defense of reason, science and freedom from religion.

Finally, the Supreme Court is about to hear arguments for and against provisions in the Affordable Care Act (aka Obamacare),  and whatever the Supremes decide could have far-reaching effects which could be pivotal for social justice in this country.  This is something people ought to be following.  Here is an overview with some information on how to stay abreast of developments next week.

Posted by NiftyWriter at 4:12 PM