I'd like to be able to write with eloquence and insight about the events surrounding the murder of Trayvon Martin, but I simply cannot.  A roundup of news and views will have to suffice.  My apologies.


CBS is reporting this morning that the investigation into the shooting of Trayvon Martin has been dialed back to 'start'.


The blogosphere has been lit up with discussion, outrage and horror over the incident.  I am linking to some of the ones that I found thoughtful and/or thought-provoking.


Al Stefanelli, as usual, forces you to think from a slightly different angle.  Why George Zimmerman hasn't been arrested yet.


The Digital Cuttlefish summarizes the terrible quandary of black youth in verse, and recaps with links to other FTbloggers. Headline Muse.

Here is the full text of the Florida statute known as the "Stand your ground" law.  The full text reveals the language which might provide loopholes for a person determined to use this law to commit legal murder, in spite of passages which reflect what one would hope was the real intent of the law.  (Emphasis mine)

776.012 Use of force in defense of person.—A person is justified in using force, except deadly force, against another when and to the extent that the person reasonably believes that such conduct is necessary to defend himself or herself or another against the other’s imminent use of unlawful force.

776.031 Use of force in defense of others.—A person is justified in the use of force, except deadly force, against another when and to the extent that the person reasonably believes that such conduct is necessary to prevent or terminate the other’s trespass on, or other tortious or criminal interference with, either real property other than a dwelling or personal property, lawfully in his or her possession or in the possession of another who is a member of his or her immediate family or household or of a person whose property he or she has a legal duty to protect. However, the person is justified in the use of deadly force only if he or she reasonably believes that such force is necessary to prevent the imminent commission of a forcible felony. A person does not have a duty to retreat if the person is in a place where he or she has a right to be. 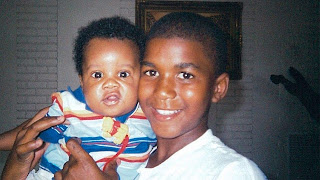