On a stroll along a local beach yesterday, my son took the photo above. Thousands of dead jellyfish had washed ashore and were scattered in a broad swath along (at least) eleven miles of South Carolina coast. Not visible in the photo are the thousands of sand dollars which had met a similar fate. Since we had never seen anything like this in the fifteen years that we have been visiting this coast, I expressed my dismayed concern and wondered out loud what could have caused such a massive die off.

My intelligent and intellectually curious son explained to me that many marine animals are very sensitive to what may seem like slight variations in sea temperature or other features of their ocean habitat. The mass deaths of a significant population of two species at the same time probably points to an unusual shift in temperature or some other environmental factor which can probably be measured - as long as there are scientists presently employed to record and study such events.

As my son and I discussed the possible causes of this die off of marine life forms, I was reminded once more of the strangely misogynistic, yet laughably stupid anthropomorphism of natural events that seems to be so much a part of theism.  The kernel of a disturbing idea began to sprout in my mind as I realized that the tendency of the religious to blame "Mother Nature" for natural disasters serves an even darker purpose than I first realized. 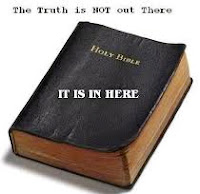 My son appreciates and understands that scientific research is important to our understanding of ecosystems on our planet. He makes a point to learn about the world around him. Fundamentalist religionists believe that everything they need to know about the world can be found in their holy books. They make a point not to learn about the world around them if it might in any way contradict their holy books.  More chillingly, they attempt to suppress any knowledge that cannot be found in their holy books. Knowledge which they fear might undermine the "truth" they believe is contained within those pages - thus reducing the power wielded by those who claim to be able to interpret "god's word" - must be resisted.

The obvious example of this deliberate ignorance is the denial of the fact of evolutionary biology by religious fundamentalists. For well over a century, devout Christians in the developed world have not only refused to accept the truth of evolutionary theory, but have actively worked to ban the teaching of evolutionary science in public schools.  Less obvious to me was the connection between fundamentalist religiosity and climate change denial. Yesterday, a flashbulb went off in my mind.

The increased frequency of storms and other unpleasant natural phenomena is caused by global climate change. Global climate change, in turn, is an effect caused by many factors including the impact of human behavior on the planet. There is virtually no controversy within the scientific community on this point. The vast majority of the world's scientists have concluded that it is human behavior which has rapidly increased the buildup of greenhouse gases in the atmosphere, greatly speeding up what should be a 10-20,000 years long natural warming cycle of the planet. The evidence is undeniable. Yet, people deny it.

The stupidity - the apparent insanity - of climate change denial can be somewhat understood in the context of the overarching irrationality of theism.  Some of the most committed climate change denial comes from theists. More specifically, climate change denial is asserted by pseudo-scientific groups created by theists to generate sciency-sounding "explanations" for natural events that can be squeezed into the tiny, primitive scope of their religious texts. These groups, with legitimate-sounding names like The Discovery Institute are financed by an unholy alliance of churches and corporations which benefit from climate change denial through lax environmental protections.

Some corporations - notably energy corporations - have long been fighting a dirty war of obfuscation and outright lies against the global consensus of experts that the human impact on climate change is real. Energy corporations have spent millions over the decades lobbying against environmental protection legislation and enlisting the help of scientists-for-hire to argue against the mounting scientific evidence that global warming is an urgent concern and it is greatly hastened by the consumption of fossil fuels.

The "global climate change" issue really warmed up in the 1980's just as the religious right was beginning to enjoy the fruits of its own campaign of lies and fear-mongering to change public opinion on various social issues. It seems that corporate and religious leaders realized in those early days of the current war on liberalism that if they joined forces on the climate change issue, there could be benefits for them both. The energy corporations needed the religious groups to lend moral legitimacy to their greed. The religious groups wanted access to the political power that wealthy corporations have long enjoyed.

Another factor in the fundamentalist Christian role in climate change denial is that the fact that human activity can change the natural cycle of our planet flies in the face of Bible-based creationism. Just like the theory of evolution, the theory of global climate change threatens theists' core belief system. So, just like evolution, acceptance of climate change must be not only denied, but as widely suppressed as possible.

Exactly as with the theory of evolution, the suppression methods of choice were the introduction of false evidence to plant doubt, the hiring of unscrupulous "scientists" to refute both the evidence and the consensus of the worldwide scientific community, and the use of growing political power to prevent accurate teaching about global climate change in public schools while fighting to cut funding to scientific research on the subject. In churches and Bible-studies, Christians were primed with sciency-sounding "research", backed up with scripture, to entrench doubts about global warming in particular and the scientific community in general.

How should a Christian view global warming?

Elected officials usually will not risk revealing their religious biases by publicly attributing tornados or hurricanes to a god's wrath, unlike some religious celebrities, but they communicate the supernatural message anyway by mentioning "Mother Nature", instead.  Subversively deifying a storm is a fiendishly clever way of spreading the meme that climate research is pointless: nothing for science to see here! A god did it! Disguising the mythical male deity in a malevolent, amoral female persona, thus reinforcing the institutionalized and systemic misogyny of religion in the same stroke, is just an added bonus.

Contrary to the bizarrely slanderous opinion of Mitch Daniels and company, however, Mother Nature is not an unpredictable pseudo-deity who "chooses" to lash at the earth (and its hapless inhabitants) whenever her cruelly capricious whims move her to do so. That would be another, more popular, imaginary deity. Gov. Daniels obviously had Mother Nature confused with his own viciously violent imaginary friend.

"Mother" Nature does not exist.  Only "Nature" is a real thing in this world, and it is neither cruel nor capricious. Nature has no intentionality because it is not a being, not a deity, not a self-conscious, supernatural force. No matter how powerfully humankind may wish there to be gods (even a "natural" god like "Mother Nature"), nor how fervently theists may claim we must be "hardwired" to look for evidence of consciousness in the random events in the universe, there is nothing of the sort. Nor, in my opinion, should we waste precious energy wishing for such a thing to exist.

Nature simply is.  It is the wondrous and amazing interactions of natural phenomena which make up this vast universe.  Earthquakes and volcanic eruptions; droughts and floods: blizzards, hurricanes and tornados - these are all scientifically explainable events. They are the natural effects of natural causes. And that is far more interesting and amazing than any manmade gods.

Explosion in jellyfish numbers may lead to ecological disaster, The Guardian, (11 June 2011)

Posted by NiftyWriter at 9:11 PM