I Don't Think So, Your Holiness

I came across this cartoon the other day while looking for something else,  and although it was created in response to remarks the Pope made in 2010,  it highlights an ongoing source of frustration to atheists,  both timid and bold.

Bearing in mind that ninth commandment from the Biblical old testament,  I am sure Pope Benedict was absolutely truthful when he declared that "atheism has led to the greatest forms of cruelty and violations of justice" in history.  As this cartoon illustrates,  if it had not been for atheism, there would have been no crusades, no Inquisition,  no 9/11,  no..... 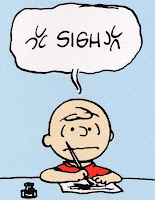 When a person's innate morality is displaced by a belief system that bypasses what is real and present in favor of an imagined, supernatural afterlife,  what will happen?  I think s/he becomes unmoored from the empathy and humanity that is inborn in all of us.  I think shifting the moral focus away from the physical reality of human lives to an immaterial other world of souls and heaven and hell permits human beings to carry out acts of the most horrific violent immorality in this world.  Moreover,  I agree with Sam Harris (The End of Faith) that taking the doctrinal requirements of some religions to their logical conclusion, one might say that religion does not so much merely permit immoral behavior but inevitably requires it.

For most of history, the catalyst for that psychological displacement of normal, healthy, human morality has been religion.  I am not pulling this assertion out of thin air.  Even the most sanitized world histories will confirm that religious belief has been the motivating factor behind all of the horrors depicted in the cartoon above, and countless others.  Above all,  it has been human behavior at its most extreme, but it was (and remains to this day) religion which has been the most effective catalyst for this behavior.

Yet,  it is the godless - the people who refuse to allow either their humanity or the innate morality that stems from being fully human to be corrupted by brutal, misanthropic, irrational religious belief - who are accused by religious believers of lacking a "moral compass".  The sheer arrogance of religionists is sometimes flabbergasting.  It is this widely held and totally false belief - crystalized in the Pope's vicious slander in September of 2010 -  which allows theists to lie to themselves about the starring role of faith and god-belief in history's most horrible genocides, persecutions and oppressions.

Neither theists nor atheists are inherently moral or immoral.  As human beings, I think we all have the innate capacity and drive toward what we regard as "moral" behavior.  We have evolved*  this way,  for sound evolutionary reasons.  No gods are necessary for moral human behavior,  but god-belief can - and often does - subvert it.


*If you have ten minutes, enjoy Christopher Hitchens speaking on the moral necessity for atheism. Classic.
Posted by NiftyWriter at 12:27 PM