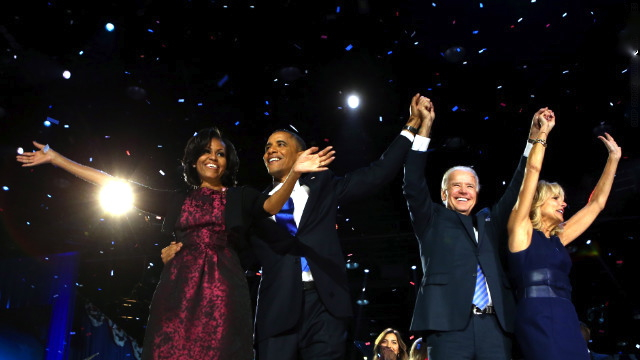 
I know that political campaigns can sometimes seem small, even silly. And that provides plenty of fodder for the cynics that tell us that politics is nothing more than a contest of egos or the domain of special interests. But if you ever get the chance to talk to folks who turned out at our rallies and crowded along a rope line in a high school gym, or saw folks working late in a campaign office in some tiny county far away from home, you’ll discover something else...

You’ll hear the determination in the voice of a young field organizer who’s working his way through college and wants to make sure every child has that same opportunity.

You’ll hear the pride in the voice of a volunteer who’s going door to door because her brother was finally hired when the local auto plant added another shift.

You’ll hear the deep patriotism in the voice of a military spouse whose working the phones late at night to make sure that no one who fights for this country ever has to fight for a job or a roof over their head when they come home.

That’s why we do this. That’s what politics can be. That’s why elections matter. It’s not small, it’s big. It’s important. Democracy in a nation of 300 million can be noisy and messy and complicated. We have our own opinions. Each of us has deeply held beliefs. And when we go through tough times, when we make big decisions as a country, it necessarily stirs passions, stirs up controversy.

That won’t change after tonight, and it shouldn’t. These arguments we have are a mark of our liberty. We can never forget that as we speak people in distant nations are risking their lives right now just for a chance to argue about the issues that matter, the chance to cast their ballots like we did today.
(Full transcript of President Barack Obama's acceptance speech, The Washington Post, November 7, 2012.)

The New York Times' contributor, Thomas L. Friedman writes eloquently about why he believes the President was re-elected in an economic environment which historically should have spelled disaster for him at the polls: the Republican party "lost an election that, given the state of the economy, it should have won because of an excess of McConnell-like cynicism, a shortage of new ideas and an abundance of really bad ideas..."

No one can know for sure what complex emotional chemistry tipped this election Obama’s way, but here’s my guess: In the end, it came down to a majority of Americans believing that whatever his faults, Obama was trying his hardest to fix what ails the country and that he had to do it with a Republican Party that, in its gut, did not want to meet him halfway but wanted him to fail — so that it could swoop in and pick up the pieces. To this day, I find McConnell’s declaration appalling. Consider all the problems we have faced in this country over the last four years — from debt to adapting to globalization to unemployment to the challenges of climate change to terrorism — and then roll over that statement: “The single most important thing we want to achieve is for President Obama to be a one-term president.” Hope and Change: Part 2, Thomas L. Friedman, The New York Times, November 7, 2012. 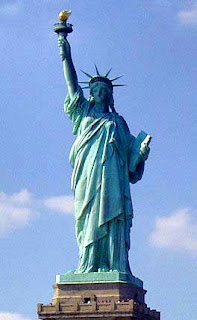 By itself, the recognition that we have common hopes and dreams won’t end all the gridlock or solve all our problems or substitute for the painstaking work of building consensus and making the difficult compromises needed to move this country forward. But that common bond is where we must begin. Our economy is recovering. A decade of war is ending. A long campaign is now over.

And whether I earned your vote or not, I have listened to you, I have learned from you, and you’ve made me a better president. And with your stories and your struggles, I return to the White House more determined and more inspired than ever about the work there is to do and the future that lies ahead.

Washington Post contributor E.J. Dionne writes that he sees the election as a ruling by the people on the gridlock in Washington. A great essay, although it begs the question: if the people have spoken in the President's favor over an obstructionist Congress, then why is the balance of power essentially unchanged? The electorate did throw out some of the more extreme Senators and Congressmen, but they put a few new ones in as well. It looks like the judgement of the people on the issue of gridlock in Washington is less clear than Dionne would have his readers believe, but his article is still a good read which makes some excellent points.

Republicans will take solace in their success in holding on to the House of Representatives. But the party as a whole will have to come to terms with its failures to expand beyond its base of older white voters and to translate right-wing slogans into a coherent agenda. Republicans need to have a serious talk with themselves, and they need to change.
All of this strengthens Obama’s hand. It will not be so easy for Republicans to keep saying no. They can no longer use their desire to defeat Obama as a rallying cry. They cannot credibly insist that tax increases can never be part of a solution to the nation’s fiscal problems.
And now Obama will have the strongest argument a politician can offer. Repeatedly, he asked the voters to settle Washington’s squabbles in his favor. On Tuesday, they did. And so a president who took office four years ago on a wave of emotion may now have behind him something more valuable and durable: a majority that thought hard about his stewardship and decided to let him finish the job he had begun. Obama's victory should settle a bitter argument, E.J. Dionne Jr., The Washington Post, November 7, 2012.

Tonight you voted for action, not politics as usual.

You elected us to focus on your jobs, not ours. And in the coming weeks and months, I am looking forward to reaching out and working with leaders of both parties to meet the challenges we can only solve together. Reducing our deficit. Reforming our tax code. Fixing our immigration system. Freeing ourselves from foreign oil. We’ve got more work to do.

The Philadelphia Enquirer online newsfeed (philly.com) posted an uncredited piece pointing out that this election - the most expensive in history by a huge margin - appears to have been a failure for special interests who hoped to influence the election using superPACs and corporate donations under Citizens United.

One way the 2012 election could go down in the record books is in bucking the notion that the results always follow the money, and in disproving outsized fears that corporations could buy the election outright. Super PACs, super busts? philly.com, November 7, 2012.

The final word in today's post must go to the President, whose acceptance speech on election night 2012 will, I think, go down in the annals of history as a great one. Reprising the theme he first brought to the American public in 2004, the President concluded his uplifting call for unity with these inspiring words:

America, I believe we can build on the progress we’ve made and continue to fight for new jobs and new opportunity and new security for the middle class. I believe we can keep the promise of our founders, the idea that if you’re willing to work hard, it doesn’t matter who you are or where you come from or what you look like or where you love. It doesn’t matter whether you’re black or white or Hispanic or Asian or Native American or young or old or rich or poor, able, disabled, gay or straight, you can make it here in America if you’re willing to try.

I believe we can seize this future together
because we are not as divided as our politics suggests.
We’re not as cynical as the pundits believe.
We are greater than the sum of our individual ambitions,
and we remain more than a collection
of red states and blue states.
We are and forever will be
the United States of America.