Friday Feature - The March of Reason 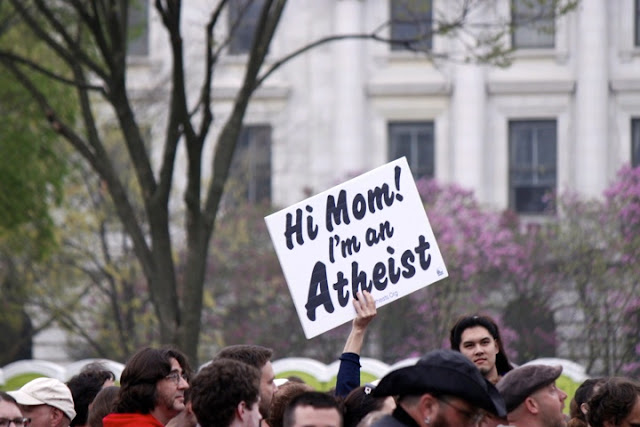 TGIF! If you are planning to watch a movie tonight, why not consider putting the film linked below on the schedule. It is entertaining, fast-paced and will definitely give you plenty to think and talk about with your family and friends. I've been actively following the rise of Christian fundamentalism in North America for over a decade, but I was still surprised and shocked by some of the revelations this documentary uncovers. It isn't speculation or fear-mongering. There is minimal editorializing: nearly every word in this film comes straight from the sources' mouths - whether the source is an atheist rally attendee, a Republican legislator, a famous scientist or a Christian fundamentalist. The words of Nate Phelps, estranged son of the notorious Westboro Baptist Church patriarch Fred Phelps, are particularly moving especially considering that as he spoke on the Washington mall that chilly afternoon, he knew he was being watched, judged and hated by the people who should have been closest to him - his own family.

On March 24, 2012, thousands of atheists, humanists, rationalists and social justice activists gathered on the mall in Washington DC for a first of its kind event: a Reason Rally. Estimates of the size of the Reason Rally crowd ranged from 20,000 to 30,000 people. Individuals traveled on their own time and on their own dime from all over the country to attend, to listen to rational speakers and to sound the alarm that the principle of separation of church and state is under attack.

Unlike the religiously-fueled, corporate-backed rally organized in the late summer of 2010 - where thousands of the approximately 85,000 attendees arrived by the busload, their travel organized and paid for by their churches - the Reason Rally was barely acknowledged by the mainstream media. Beck's scripted and stage-managed "grass roots" event enjoyed enormous media attention and prime time publicity on every major news outlet, while the Reason Rally - which actually was primarily a grass roots event - was largely ignored. Only after the event was over did a few media outlets belatedly mention that it had occurred at all. A few noted with surprise that as many as 30,000 godless Americans had gathered peacefully in one place (although they avoided actually giving publicity to any of the ideas the rally was trying to promote), while most simply stated that a rally had taken place and left it at that.

Fortunately, Scott Burdick was on hand filming, interviewing and working hard to preserve a record of this remarkable gathering. He then went home and began work on this documentary film project which would do justice not only to the rally itself, but which would help explain why this rally was so important. 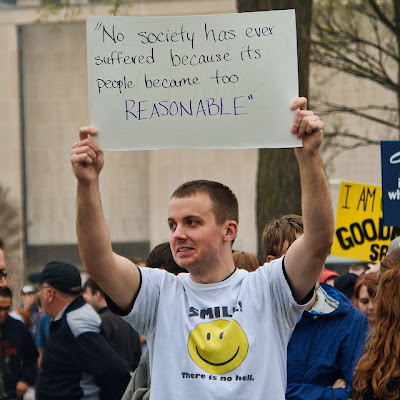 American society is facing an urgently serious crisis. Radicalized Christianity is not simply a growing problem; it has been a growing problem for decades. Because of our cultural taboo against criticizing religion, Christianism has been mostly flying under the radar doing its organizing, proselytizing, infiltrating and undermining secular government and education while presenting the bland face of tradition to the world. Meanwhile, the moderate majority of Americans has been aiding and abetting religious extremism by refusing to consider that radicalization can happen at home as well as abroad.

We continued to believe that religion is mainly a beneficial part of society and that religious extremism is a very tiny fringe element of a mostly benign cultural treasure even as extreme conservatives began to trickle into higher and higher public offices. We persisted in lying to ourselves that the conservatives we voted for were fiscal conservatives who would not impose their religious beliefs on the public through the power of their elected posts. Then we stood by as these so-called fiscal conservatives began to pass bills spending wildly on corporate welfare and tax paydays for the wealthiest Americans (whose financial support they seem to universally enjoy) while restricting civil rights, limiting personal liberty (especially for women and minorities), scoffing at social justice and denying equal rights to many groups of citizens - all justified by their Christian faith. 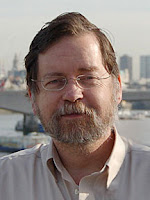 Faith is a vice pretending to be a virtue, its lies and errors and frothy nonsense deluding us and distracting us from action. There's no salvation in wishful thinking, only inertia. Faith is the enemy of reason. It's the barren refuge of the vacuous, the fearful, the frauds, and the obstacles to accomplishment. P Z Myers, Biologist, Reason Rally speech, March 24, 2012.

The persistent belief that Christianity is a benign - even beneficial - force in society, coupled with the undeserved deference we all pay to religion, has been the key to preserving an environment in which insurgent, extremist Christian fundamentalism has flourished. We have allowed Christian conservatism to destabilize our political system, gut our social safety net and tear down the wall of separation between church and state. Acting through its political arm, the Republican party, the unholy alliance of corporatism and religion lobbied and succeeded in forcing measures through state legislatures and Congress which have increased ideological polarization in the country and widened the gap between rich and poor to a yawning chasm, while cementing in the public mind a false relationship between providing a social safety net and losing our personal liberty.

Christian conservatism has demonized anyone who dares to suggest that as a society we may have a duty to fulfill a social contract. By falsely equating the ideal of an American society where every man, woman and child can be guaranteed access to the tools to achieve a decent life with some sort of jack-booted nazi-socialist ideology, conservatives have succeeded in making social justice issues political kryptonite. They have demonized non-Christians (and especially non-theists) as the evil perpetrators of that imaginary ideology, forcing anyone hoping to run for public office to evince public religiosity lest he or she be tarred with the "godless, evil" brush, thus circumventing the 6th article of the Constitution which is supposed to protect candidates for public office from any religious test. They have stoked racial tensions and hammered on false linkages between race and crime, godlessness and evil, humanism and nihilism while denying the true link between gross inequality and all of social problems we face today. We are living through a civil cold war - brought about by the rampant social injustice and gross economic inequality which conservative policies have encouraged. 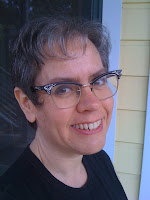 Christian fundamentalists despise America. They hate the ideals upon which the American republic was built. They dishonor the founding principles which protected this country from theocracy by establishing a secular government and barring any religion from wielding power over the civil rights of the people. They deny and try to rewrite the history of the revolution that sought to liberate this fledgling nation from the yoke of authoritarian religion thus enabling the closest thing to a truly free society ever known to humankind to be born. They have plotted and worked unceasingly to dismantle everything about America which made it a beacon of hope in the world - the Constitutional protections against authoritarianism - because everything America stands for conflicts with the authoritarian demands of their theocratic ambitions.

The greatest threat to the United States does not reside overseas. It lies in wait within our own borders, deep inside our most trusted communities.  The most determined and implacable enemy of American liberty, justice and equality is American Christian fundamentalism. We've been sleeping with the enemy for decades.
It is time to wake up, America!

I have concluded through careful, empirical analysis and much thought that somebody is looking out for me, keeping track of what I think about things, forgiving me when I do less than I ought, giving me strength to shoot for more than I think I'm capable of. I believe they know everything that I do and think and they still love me and I've concluded after careful consideration that this person keeping score is me. Mythbuster Adam Savage, Reason Rally speech, March 24, 2012.

Here is part one of The March of Reason.  I will be posting the other four parts as Friday features, but if you cannot wait to see them on this blog, the link to Scott Burdick's youtube site is below the film window. So far, only parts one and two have been uploaded there. I will be following his progress closely as he finishes the rest of the documentary and will post the remaining parts as Friday Features as they become available. Check back here to be sure not to miss them!

Thanks to the Friendly Atheist for bringing attention to this excellent work!
Posted by NiftyWriter at 6:15 PM