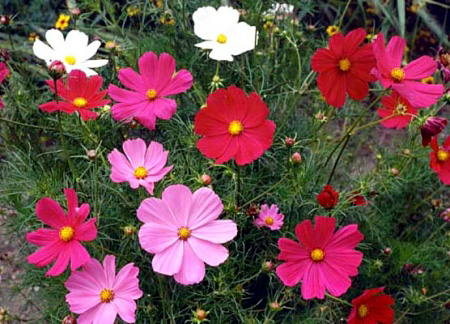 At 5:04 GMT (12:04 CST),  our planet arrived at that point in its elliptical journey around the sun when our north pole is tilted as closely as it ever tilts - about 23.5 degrees - toward our life-sustaining star.  It is officially summertime!

The northern solstice (or June solstice) occurs on either the 20, 21 or 22 of June. It marks the peak of the lengthening hours of daylight that began with the March equinox. On this date, northerners will experience the greatest number of hours and minutes of daylight in all of 2013. For those in the southern hemisphere, the opposite is true - their day will be the shortest of the year.

I was going to post a poem about midsummer night full of fairies and magic, or about flowers and breezes and the smell of freshly mowed grass. But this poem pushed its way to the front of the line: I think in its own way, this poem communicates a warmer, more human affirmation of life than more conventional metaphors of growing things and magic.

By the end of the longest day of the year he could not stand it,
he went up the iron stairs through the roof of the building
and over the soft, tarry surface
to the edge, put one leg over the complex green tin cornice
and said if they came a step closer that was it.
Then the huge machinery of the earth began to work for his life,
the cops came in their suits blue-grey as the sky on a cloudy evening,
and one put on a bullet-proof vest, a
black shell around his own life, 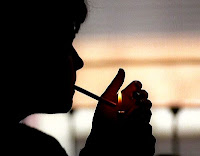 life of his children's father, in case
the man was armed, and one, slung with a
rope like the sign of his bounden duty,
came up out of a hole in the top of the neighboring building
like the gold hole they say is in the top of the head,
and began to lurk toward the man who wanted to die.
The tallest cop approached him directly,
softly, slowly, talking to him, talking, talking,
while the man's leg hung over the lip of the next world
and the crowd gathered in the street, silent, and the
hairy net with its implacable grid was
unfolded near the curb and spread out and
stretched as the sheet is prepared to receive a birth.

Then they all came a little closer
where he squatted next to his death, his shirt
glowing its milky glow like something
growing in a dish at night in the dark in a lab and then
everything stopped
as his body jerked and he
stepped down from the parapet and went toward them
and they closed on him, I thought they were going to
beat him up, as a mother whose child has been
lost will scream at the child when its found, they
took him by the arms and held him up and
leaned him against the wall of the chimney and the
tall cop lit a cigarette
in his own mouth, and gave it to him, and
then they all lit cigarettes, and the
red, glowing ends burned like the
tiny campfires we lit at night
back at the beginning of the world.

For your musical inspiration on the brightest day of the year, here is Julia Fischer accompanied by the Academy of St. Martin in the Fields playing Vivaldi's Summer from his violin concerto The Four Seasons. The performance was recorded at the National Botanical Garden in Wales.

Posted by NiftyWriter at 12:04 AM No comments: